All New Sinhala Album with 12 Christmas Songs Launched in Sydney

A beautiful Sri Lankan Christmas album was launched on the 12th of December 2021 at the Polish catholic church in Sydney, Australia  which was patronized by the Sri Lanka Catholic association of New south wales along with the presence of a large gathering of people and distinguished invitees.

Butterfly Avenue , Australia produced the Album behalf of Sriyani Grisilda Tennekoon a Sri Lankan Australian living in Sydney.  The album featuring 12 songs which have all been written, composed and produced by Sriyani and sung by talented legendary artists from the golden to the contemporary era from Sri Lanka. 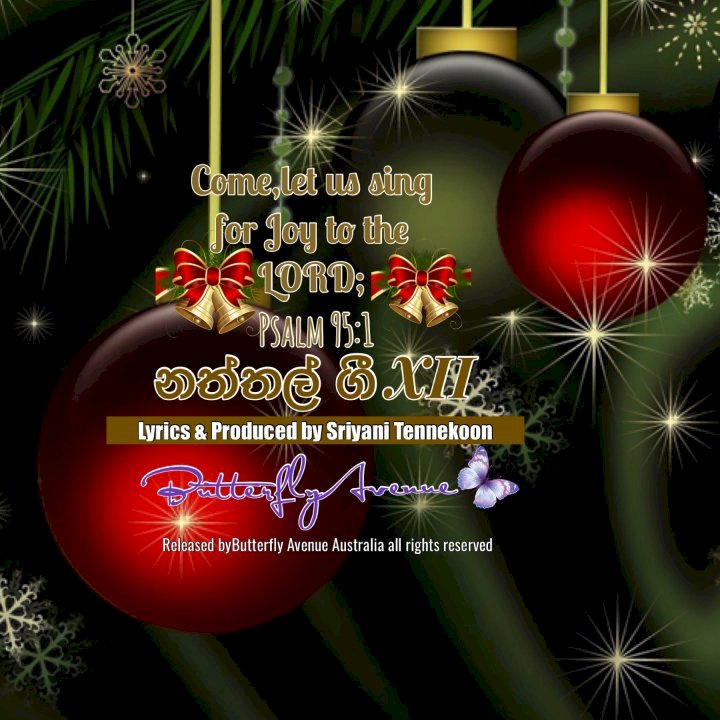 Sriyani’s passion for arts, crafts and entertainment started off in Sri Lanka where she was keenly involved in many landmark entertainment shows featuring international artists with her husband Saliya Tennekoon who together owned Shaans Entertainment, one of the most prominent event management companies in the island nation.

Sriyani is a multi-talented individual who has mastered her crafts from being a qualified floral designer, craft designer to being an author, having written books on patchwork in English and Sinhala to 24 booklets on cloth dolls in English with her own designs marketed all over Australia.

Sriyani expanded her horizons further, being the founder and director of Butterfly Avenue a company highly reputed for specializing in wedding floral designs and making a great impact in Sydney Australia.

The Album was created at Muzitek Creations in Sydney and Audio Engineerd by Kapila Mohottige,Vidya Munasinghe,Suneth Kalum,Nishad & Nimnada Jayamanna,Kiran Pradhan. Music Mastered by Kiran Pradhan Muzitek Creations Sydney Australia and  produced by Butterfly Avenue, Australia led by Saliya Tennekoon.  All rights of the songs in the album are reserved with Butterfly Avenue, Australia.

Omicron cases could hit 200,000 a day across Australia

Legendary actor  Dilip Kumar, one of Indian cinema’s most iconic actors, has died in the western city of Mumbai, his family said. .... >>

A veteran Sri Lankan actor and stunt director Alexander Fernando passed away on Wednesday (29). He was 80 at the time of his demise. He h .... >>

Veteran lyricist Prof. Sunil Ariyaratne and veteran musician Rohana Weerasinghe tender resignation from the board of directors of OSCA (Outs .... >>

Popular musician Jayantha Ratnayake, the elder son of Veteran Musician and leading and one of the leading vocalist Victor Ratnayake, has pas .... >>

Allegations of War Crimes by Australian Forces in Afghanistan...