The Screening is in Association with The Sinhalese Cultural Forum of NSW. Please contact the numbers listed in the poster or 0417 216 003 for tickets. Limited Tickets available 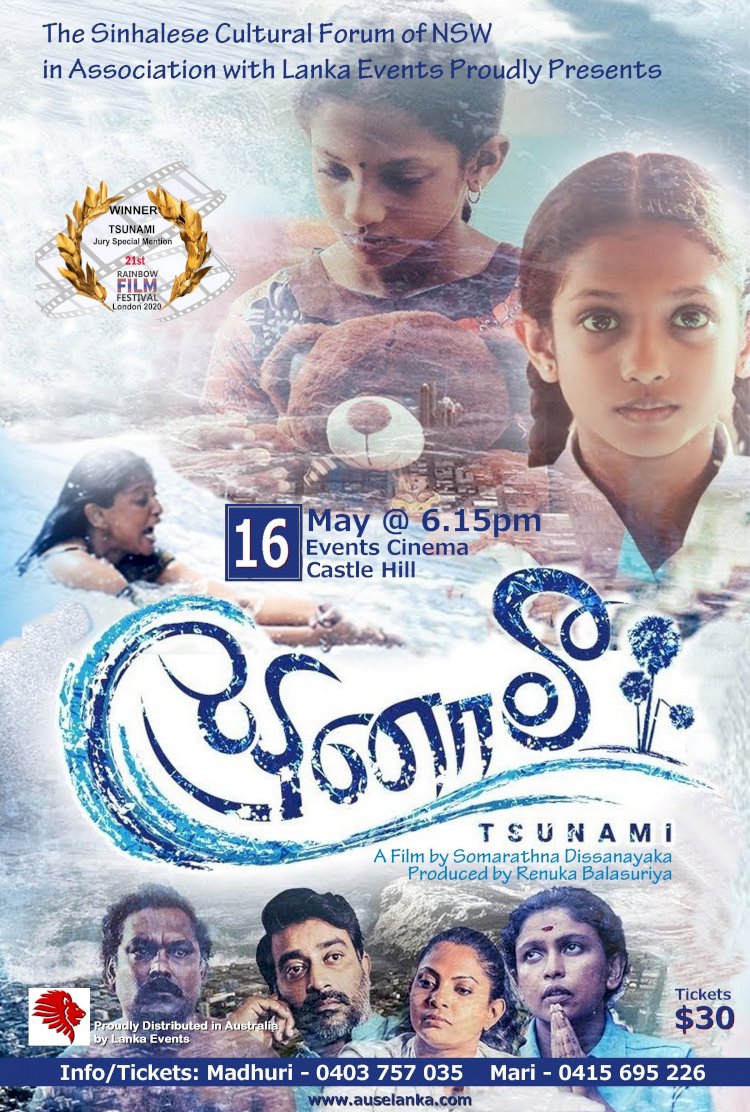 In 2004 tsunami, a two and half year old baby girl swept away with the floodwater. Selvam and Kalyani, the parents of the baby never believed that their daughter was dead as they did not find the dead body of the child despite the frantic search. After about 10 years later they see a newspaper article about a strange 12 year old Sinhalese girl who can understand Tamil and remember some incidents of her previous birth. With the photographs in the paper, the Tamil couple notices a birthmark in the face of the girl and suspects this girl as their lost child and claims her back. But the Sinhalese parents refuse and the girl is confused. In the court hearing it was revealed that the Sinhalese family also had lost their baby girl in the Tsunami and later had found her in an orphanage. After a DNA test, the court gives the verdict that Tamil parents are the biological parents and hand over the child to the Tamil parents. Not only the Sinhalese parents but also the girl was devastated by the decision. Despite the extensive effort by the Tamil parents to make the girl forget the past, the girl could not forget the Sinhalese parents she loved. The Tamil parents understand the despair of the girl and finally decide to share the parenthood with the Sinhalese family.

Tsunami is a 2020 Sri Lankan Sinhala disaster drama film directed by Somaratne Dissanayake and produced by his wife Renuka Balasooriya for Cine Films Lanka. It stars Niranjani Shanmugaraja and Darshan Dharmaraj in lead roles along with Himali Sayurangi and Bimal Jayakody. This film will be scheduled to be screen in Australia by Cine Films Sri Lanka in association with Lanka Events.

International travel won't be back to normal for Australia until 2024

WHO Chief Thanks Gotabaya Rajapaksa, for mobilizing government...

Australia close the borders for all non residents and citizens...

International departure restrictions for Australians will...

Avigan – is this drug a Solution for COVID-19 ?