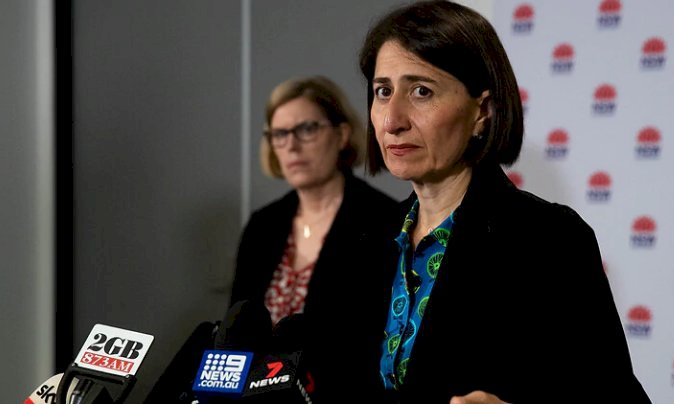 NSW Premier Gladys Berejiklian has announced today’s rise in COVID case numbers, along with a raft of restrictions to stop the spread.

NSW has reported 30 new cases of community transmission in the past 24 hours, 28 of those have already been directly linked to the Avalon cluster. Two of the new cases are from an unknown source and have yet to be traced, although they both live in the northern beaches area.

“While the numbers are higher today than yesterday, the one positive is we still have not seen evidence of massive seeding outside the Northern Beaches community and our aim, of course, is to keep that in place,” Ms Berejiklian said.

As of today, everybody in the greater Sydney area including the Blue Mountains and Central Coast is limited to 10 guests in their homes at any one time.

“Everybody in the Greater Sydney area including the Blue Mountains and Central Coast, we ask you to not have more than 10 people in your home in addition to whoever lives in your home until midnight on Wednesday,” the Premier said today.

The premier also announced new restrictions for hospitality venues that applies to all indoor venues and places of worship.

“Until further notice we revert back to the four square metres rule in all indoor settings apart from the family home.”

The Premier also said all events will now be capped at 300 people to assist health authorities in contact tracing efforts.

All indoor public settings have also reverted back to the 4 sqm rule, and dancing in settings other than weddings has been banned.

Ms Berejiklian also urged all residents who have visited regional areas of NSW to stay home to avoid seeding in the wider community.

Popular venues in Sydney’s inner city and inner west have been added to the list of sites on NSW Health’s warning list as authorities track COVID-19’s spread from the northern beaches cluster.

The Strawberry Hills Hotel and restaurants Nomad and Cuckoo Callay in Surry Hills, Erskineville’s The Rose of Australia and the Sydney Trapeze School in St Peters are among the additions announced late on Saturday night.

Cafe Toscano in Forster on the NSW mid-north coast has also been identified as being visited by a confirmed case, as has McDonald’s at Raymond Terrace.

The Harris Farm Warehouse at Flemington Markets in Sydney’s inner west was another potential exposure site after a confirmed case attended the Homebush market over two days.

Anyone who was at the Strawberry Hills Hotel (3-6pm), Nomad (12.45-2pm) or Cafe Toscano (3.30-6pm) for an hour or more on Wednesday, December 16 should get tested immediately and self isolate until December 30.

People who attended the Rose of Australia on Tuesday, December 15 between 7-8.45pm is urged to get tested and must isolate for 14 days regardless of the result.

Death of the first Sri Lankan doctor due to COVID-19...

The number of deaths due to the novel coronavirus increased to 324 on Tuesday with the passing of Dr Gayan Danthanarayana, Sri Lanka’s .... >>

Whats app will force users to agree to its new privacy policy within the next month, or else lose access to the app. Agreeing to the term .... >>

First Pfizer vaccine doses arrive in Australia, ahead of...