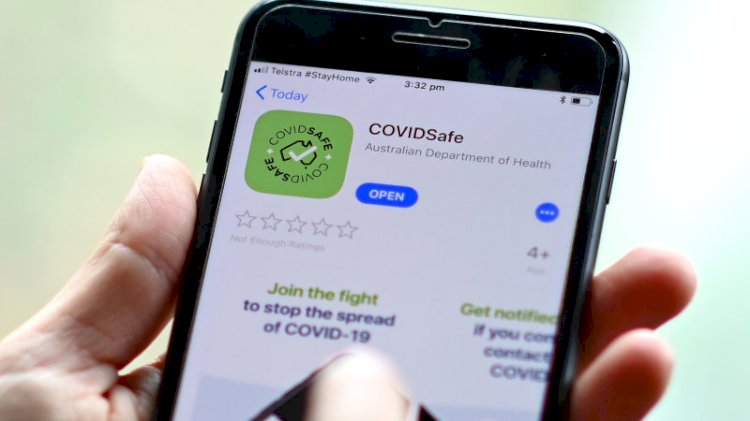 The Australian Government have formally released and launched its Corona virus Contact Tracing app and its uptake will play a large part in helping ease restrictions.

It has been called COVIDSafe and will allow Australian authroties to quickly notify people if they have been in contact with someone who has bee infected with coronavirus.

Prime Minister Scott Morrison has flagged the app as being essential for Australia to be able to ease coronavirus-induced restrictions across the country.

The App is built to help automate a very manual process which health officials in each state undertake each time a person is tested positive for COVID-19.

It is available from toady (after 6pm)  to voluntarily download onto iPhones and all Android Smartphones (Samsung, Google,  Huawei, Oppo, Alcatel etc)

"The COVIDSafe app is about assisting, finding those cases which may be undiagnosed in the community, helping people get early treatment, helping people have early diagnosis and to ensure that our doctors and nurses, our health workers, our families and friends are protected and that will save lives and protect lives," Health Minister Greg Hunt said as he launched the app.

People who download the app will be asked to supply a name, which can be a pseudonym, their age range, a mobile number and post code.

Chief Medical Officer Professor Brendan Murphy said he would be using the app.

"No Australian should have any concerns about downloading this app," he said.

The app will speed up the contact-tracing process by several crucial days, Professor Murphy said.

It won't be coded to collect location information as it functions simply like a proximity detector.

Using Bluetooth technology, the app "pings" or exchanges a "digital handshake". When two or more people who have the app installed are within 1.5 metres of each other for a period of more than 15 minutes, their phones will swap an encrypted package containing mobile numbers, names, age ranges and postcodes.

The data remains encrypted on a user's phone for 21 days, after which it's deleted if they haven't been in contact with a confirmed case.

The application will have two stages of consent that people will have to agree.  First is when a user download the app so data can be collected, and second stage to release that data on their phone if they're diagnosed with the virus.

If a person with the app tested positive to COVID-19, and provided they consent to sharing the information, it will be sent to a central server.

The Government has explicitly said using the app will help save lives and has repeatedly linked its proliferation to any plans to ease restrictions.

It has also said it would not use any data for other purposes.

"The app cannot be used to enforce quarantine or isolation restrictions or any other laws," the COVIDSafe website said.

Mr Hunt said unauthorised use of the data was a criminal offence.

Mr Hunt will also seek an agreement with the states and territories to ensure the information is only used for contact tracing.

"The safeguards that have been put in place are the strongest ever," he said.

"The data has to be kept on an Australian server. It cannot leave the country. It cannot be accessed by anybody other than a state public health official," he said.

"It cannot be used for any purpose other than the provision of the data for the purposes of finding people with whom you have been in close contact and it is punishable by jail if there is a breach of that.

Data cannot be taken from phones that do not have the app installed and downloading it is not mandatory.

When the app is deleted from a phone, all contact information is also removed.

Labor and the banking industry have also backed calls for people to download the app.

Number of other countries including Singapore is using a similar app to manage COVID-19.

SriLankan Airlines extends temporary suspension until 15th of May

Commencing from this week  SriLankan Airlines is offering passengers (who are eligible to travel)  to limited destinations includi .... >>

A doctor who recently returned from the US and since treated dozens of patients has become Victoria's 11th confirmed coronavirus case, h .... >>

As the world races to come up with an effective vaccine against Covid-19, Russia has become the first country to successfully complete clini .... >>

Additional Secretary to the Woman and Child Affairs Ministry Mr. Sarath Rupasiri has been appointed controller of the immigration and Emmigr .... >>

Sri Lanka gets safe travels stamp from World Travel and...