Tickets sold out in 10 minutes for Qantas’ ‘flights to nowhere’ 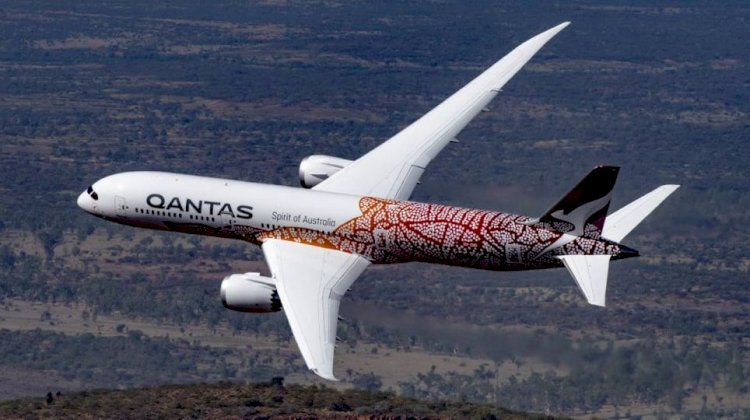 Qantas’s “flight to nowhere” is one of the fastest-selling in the airline’s history. Just 10 minutes after Qantas launched tickets for a one-time seven-hour scenic flight which would take flyers over destinations in New South Wales, Queensland and the Northern Territory, the airline announced that it had sold out.

The Australian flag carrier decided to launch a seven-hour scenic route around the country, which will both take off from and land in Sydney, amid ongoing travel restrictions.

The ‘Great Southern Land’ flight, which will depart from Sydney and flying over landmarks like Uluru, Kata Tjuta, the Whitsundays, Gold Coast, Byron Bay and Sydney Harbour, features no actual stops at any of those destinations.

Departing and returning on 10 October, the flight won’t stop anywhere, but gives passengers the change to enjoy views over Uluru, the Great Barrier Reef and other landmarks.

The journey will take place on a Qantas Boeing 787 Dreamliner aircraft, usually reserved for intercontinental journeys across continents. Right now, there are very few flights operating to and from Australia due to travel restrictions and Qantas international fleet has been grounded.

The Dreamliner is renowned for its big windows, making it ideal for sightseeing from 30,000 feet.

Tickets cost between $787 and $3,787 depending on class and seating location.

“We knew this flight would be popular, but we didn’t expect it to sell out in 10 minutes,” the spokesperson said. “It’s probably the fastest selling flight in Qantas history.”

Other airlines in Asia, including Singapore Airlines have also jumped on the scenic flight bandwagon, promising an aerial experience for those who miss the experience of taking to the skies.

“While we may not be able to take you overseas right now, we can certainly provide inspiration for future trips to some of Australia’s most beautiful destinations,” he said.

“We could be on the cusp of a domestic tourism boom given international borders are likely to be restricted for some time.

The first coronavirus vaccine in the world has been registered in Russia, President Vladimir Putin announced today (Tuesday).  The v .... >>

Resumption of normalcy in the civilian life in...

Victoria has recorded its highest-ever spike of coronavirus cases, with an alarming 428 cases reported overnight with 3 deaths. The recor .... >>

WHO hopes Coronavirus pandemic could be over within two...