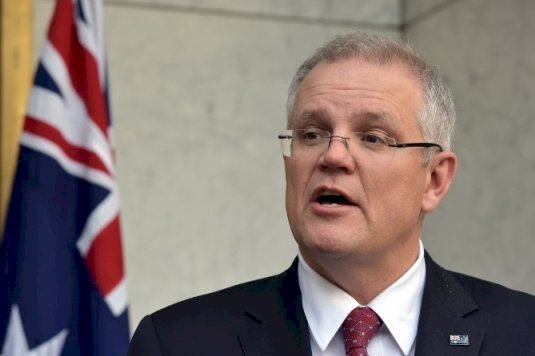 Australia has secured access to a "promising" potential coronavirus vaccine, the Prime Minister Scott Morrison announced on Tuesday, saying the country would manufacture it and offer free doses to the entire population.

The Australian Government has signed an agreement with Swedish-British pharmaceutical company AstraZeneca to secure the potential COVID-19 vaccine developed by Oxford University, if its trials prove successful.

"The Oxford vaccine is one of the most advanced and promising in the world, and under this deal we have secured early access for every Australian," Prime Minister Scott Morrison said.

"If this vaccine proves successful we will manufacture and supply vaccines straight away under our own steam and make it free for 25 million Australians."

The Oxford vaccine is one of five globally in Phase 3 efficacy trials, and researchers hope to have results by the end of the year. It has been considered a frontrunner in the global race for a vaccine, which includes more than 160 candidates.

It means that if the Oxford University vaccine trial succeeds, Australia will receive its vaccine formula straight away and be allowed to manufacture it domestically.

Biotechnology giant CSL confirmed it has had discussions with AstraZeneca and the Government about producing the Oxford vaccine locally, but it said there were still a number of technical issues to work through.

Australia is yet to reach a final agreement with AstraZeneca on the cost of the vaccine and a local manufacturer has not been locked in.

However it will be provided to all Australians free of charge.

Mr Morrison said he was also working to ensure early access to the vaccine was secured “for countries in our Pacific family, as well as regional partners in Southeast Asia.”

Another deal struck by Gavi, the Vaccine Alliance, would see India manufacture the Oxford vaccine for distribution in 57 low- and middle-income countries.

The Oxford University vaccine is made from a genetically engineered virus that causes the common cold in chimpanzees and is known as ChAdOx1 nCoV-19.

Scientists have altered the virus to make it mimic the coronavirus and ensure the immune system can learn how to attack it. It does not involve injecting COVID-19 but a virus that “looks like” the virus to trigger an immune response.

Mr Morrison said as a result, the Government was not confining its search for a vaccine to just the Oxford University candidate.

He said there were continuing discussions with many parties around the world, while backing Australia's own researchers.

A vaccine holds the key to life returning to normal for millions of Australians and the hope that international travel can resume in  the future after the nation’s borders were closed earlier this year.

It is unknown at this stage exactly when the vaccine would be available, although the project could deliver the first vaccines by the end of 2020

Lakshman Hulugalle will assume duties as Consul General of Sri Lanka for Sydney,...

China has clarified that President Xi Jinping and his Sri Lankan counterpart Gotabaya Rajapaksa had not engaged in an online discussion over .... >>

Health Minister Greg Hunt announced today that Australia’s human biosecurity emergency period, which has been in place since 18 March .... >>

Victoria's coronavirus crisis has worsened further after another 270 cases were detected in the past 24 hours, including more in aged ca .... >>

The 20th Amendment to Sri Lanka’s Constitution that envisages expansive powers and greater immunity for the Executive Presid .... >>