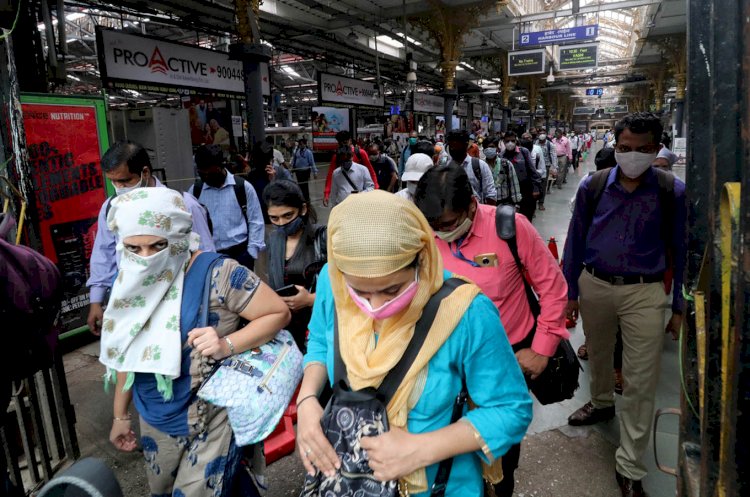 India’s coronavirus case tally passed 6 million on Monday after it reported 82,170 new infections in the last 24 hours, as the pandemic rages across the vast South Asian nation.

Most of India's COVID-19 deaths remain concentrated in its large cities, but smaller urban centres across the country's vast landscape are also reporting a surge in infections.

With 6.1 million infections, India is on course to pass the United States in the coming weeks as the country with the most cases.

Yet even as infections mount, India has the highest number of recovered patients in the world.

More than 5 million people have recovered from COVID-19 in India and the country's recovery rate stands at 82 per cent, according to the Health Ministry.

The nation of 1.3 billion people is home to some of the world’s most densely populated cities and has long been expected to record a large number of COVID-19 cases.

Despite the continued march of the illness, the government is unlikely to reimpose the lockdown it has gradually lifted, after the harsh restrictions battered the economy and wrecked the livelihoods of millions of people, particularly the poor.

Strengthened by our past experiences and inspired...

Strengthened by our past experiences and inspired by Dhamma, we strive for prosperity. It is my belief that justice for all prevails in a sp .... >>

Toddler Gets Tangled in a Kite and Blown Into...

A three-year-old girl in Taiwan has been caught up in the strings of a kite and lifted high into the air in front of horrified onlookers, be .... >>

President promises a Constitution with “One country, one...