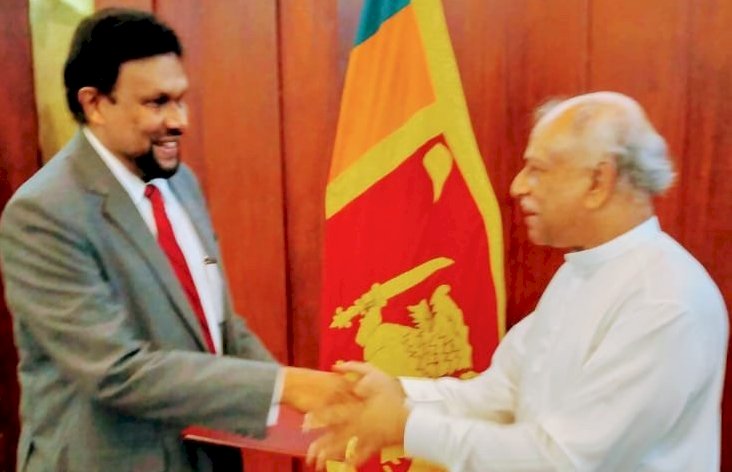 Former Director General for National Security, Ministry of Defense, Lakshman Hulugalle will assume duties on 24th August 2020, as Consul General of Sri Lanka for Sydney, New South Wales and Queensland, Australia following completion of mandatory quarantine formalities. This will be his second stint as a diplomat having served as Deputy High Commissioner for Sri Lanka in Australia in 2014.

Lakshman Hulugalle has enjoyed a rewarding career in both the public and private sectors. His commitment to excellence has been the hallmark of a successful career that has spanned over three decades. During this period, he has been a part of the most significant achievements that the country has accomplished. He is a trusted and zealous administrator and diplomat with a proven track record. He brings to the table a portfolio that is diversified, ambitious and delivers with meticulous attention to detail. Results-oriented and hardworking, he recognizes that trust, loyalty, and responsibility are fundamental criteria for success.

Lakshman Hulugalle served as the Coordinating Secretary (1979-1989) to Hon. Gamini Dissanayake, the dynamic Minister of Lands and Land Development & Mahaweli Development. This exposure was really the catalyst that started the former’s long and impressive career in public service. The Accelerated Mahaweli Development Program was one of the most inspired development projects the country has ever witnessed. The project management came under the purview of the line ministry headed by Minister Dissanayake. The completion date of the Mahaweli Development Program was initially projected for 30 years, but the implementation was accelerated and completed in seven years. The successful completion of the Mahaweli project in double quick time was a monumental accomplishment of the government of President J.R. Jayawardene (1978-1989).

Records also show that in 2001, Lakshman Hulugalle pioneered the launch of Satellite Television in Sri Lanka. As Chairman, SatNet (Pvt) Ltd., and in association with Ian Wright of Australia’s Channel Nine, he introduced the first satellite television channel to Sri Lanka – a pioneering effort.

At the height of the civil unrest in the country from 2006-2009, the then President Mahinda Rajapaksa and Defence Secretary Gotabhaya Rajapaksa created the Media Centre for National Security (MCNS). Coming directly under the president and defence secretary, the MCNS functioned 7/24 as the only source to disseminate information to the outside world on the day-to-day operations. The MCNS played a critical role during this period by reporting credible information and countering negative LTTE propaganda that was aimed at discrediting the Government of Sri Lanka (GOSL). Credit goes to Lakshman Hulugalle who served with distinction as Director-General of the Media Centre for National Security, since its inception.

Besides the high-profile positions held above, Lakshman Hulugalle also served as Director General of the NGO Secretariat; Deputy Chairman of the National Livestock Development Board (NLDB); and functioned as a director on the boards of Commercial Bank of Ceylon and Waters Edge.

Core values are like a navigation system that guides our actions and behaviors. They are the ethics we live by, the principles that affect our decisions and determine our choices. In this regard, Lakshman Hulugalle has embraced the value system with determination and hard work that has led him to work cohesively with the highest levels of state officials in Sri Lanka. Born to a highly respected family in the Wayamba region, he attended the best schools in the Kurunegala district.

The Ultimate Measure Of A Man is Not Where He Stands in Moments of Comfort And Convenience. But Where He Stands At Times Of Challenge And Controversy. – Martin Luther King, Jr. These inspirational words will hopefully mark the next chapter in the life and times of the next Consul General for Sydney, New South Wales and Queensland, Australia – Lakshman Hulugalle.

We wish him well as he takes over duties shortly where the new Consul General will have jurisdiction over two Australian States – New South Wales and Queensland.

- Based on Article Published on  Times of Sri Lanka

President promises a Constitution with “One country, one law for all people” in...

Emirates Airlines has become the first airline in the world to screen passengers for coronavirus using a pre-boarding blood test. The&n .... >>

The Government urges Sri Lankan expatriates who wish to return to Sri Lanka to safely remain where they are now until the risk of COVID&ndas .... >>

Victorian Police to use technology such as Face...

The number of coronovirus spread is escalating in Victoria and patients needing hospitalisation has “significantly increased”, A .... >>

WHO partners with WhatsApp for health alert messaging service