Australian PM to tear up Victoria's controversial Belt and Road deal with China. 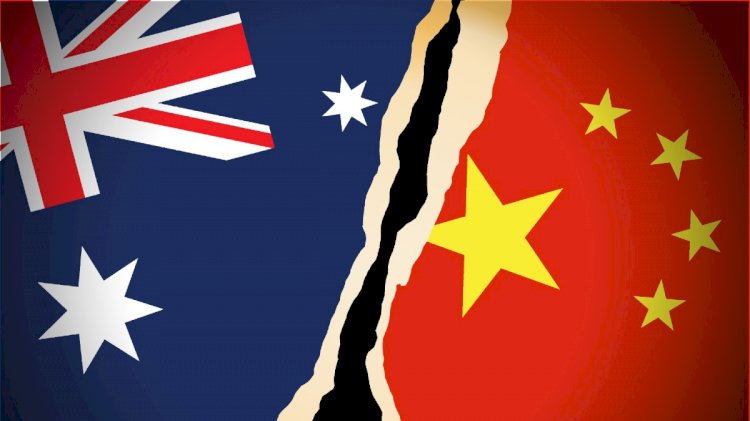 The federal coalition is flagging legislation to review and scrap state, territory, local council and public university deals with other nations.

It would also allow Foreign Minister Marise Payne to nip major agreements in the bud after states and territories notify an intention to negotiate with another country.

All deals would need federal approval and could be revoked later.

Councils or universities would not need approval to negotiate, but would need to tell the minister before striking a deal with foreign government entities.

October 2018, the Victorian Labor government signed a memo of understanding with China under the country's Belt and Road Initiative. The BRI is a Chinese plan to establish maritime trade routes and invest in infrastructure projects around the world.

Victorian Premier Daniel Andrews caused outrage by only telling the Morrison government about his Belt and Road agreement on the day it was signed.

Chinese President Xi Jinping announced the ambitious One Belt, One Road project – more commonly referred to as the Belt and Road Initiative – in 2013, calling it “a bid to enhance regional connectivity and embrace a brighter future”.

In breif,  it’s $US1 trillion ($A1.44 trillion) of spending in 138 different countries to create a global trade route. “Belt” describes overland routes for road and rail transportation, while “road” describes maritime passages.

Mr Xi set the lofty goal of completing all of the BRI projects by 2049, coinciding with the 100th anniversary of the People’s Republic of China.

Home Affairs Minister Peter Dutton described the Belt and Road Initiative as 'a propaganda initiative from China' that could lead to an 'enormous amount of foreign interference'.

He said: 'Victoria needs to explain why it is the only state in the country that has entered into this agreement.'

Federal Liberal MP Andrew Hastie told Daily Mail Australia that Mr Andrews had 'gone off the reservation by conducting his own foreign policy with China'.

In May Victoria Treasurer Tim Pallas told a parliamentary inquiry the state government would 'absolutely not' scrap the deal.

He then accused the federal government of 'vilifying' China by pushing for an inquiry into coronavirus.

Premier Andrews said he made the agreement to increase Chinese participation in Victorian building projects, manufacturing and trade in order to boost jobs.

The foreign minister would have the power to terminate private contracts stemming from foreign deals, such as the belt and road initiative.

"It is vital that when it comes to Australia's dealings with the rest of the world we speak with one voice and work to one plan," he said on Thursday.

He said it was important the federal government knew about all state government, council or university agreements.

"Where any of these agreements undermine how the federal government is protecting and promoting our national interests they can be cancelled," Mr Morrison said.

Within six months of the new regime coming into place, states and other bodies covered will have to complete a stocktake of existing agreements for the Commonwealth.

The minister will have the power to cancel deals if they are inconsistent with foreign policy or are detrimental to relations with other countries.

A public register will detail information about agreements and ministerial decisions.

The government is keen to pass the bill before the end of the year and will introduce legislation to federal parliament next week.

Foreign Minister Marise Payne said the changes would ensure all international agreements would be consistent with Australia's values.

"It is vital for Australia's prosperity, security and sovereignty that our foreign policy is driven by our national interest," she said.

In recent weeks, security agencies briefed state and territory governments on implications for agreements that would be covered.

More than 170 memos of understanding have been signed with 125 countries.

This  comes amid increasing political and economic tensions between Australia and China.

Beijing and Canberra have been at loggerheads after Australia led global calls for an inquiry into the origins of Covid-19.

Soon afterwards, China slapped an 80 per cent tariff on Australian barley, suspended beef imports and told students and tourists not to travel Down Under in an apparent attempt to damage the Australian economy.

SriLankan continue to fly to selected destinations including Sydney, Australia

Strengthened by our past experiences and inspired...

Strengthened by our past experiences and inspired by Dhamma, we strive for prosperity. It is my belief that justice for all prevails in a sp .... >>

A global shortage of condoms is looming after coronavirus lockdown forced the world’s biggest producer to shut down production. Mal .... >>

Major Australian health funds have put annual premium increases on hold as the public battles through the coronavirus crisis. Families can b .... >>

Victorians from COVID hotspots face jail if they travel...

Return of a number of COVID restrictions in New South Wales