Australians returning to the country to be sent to quarantine facilities for two weeks. 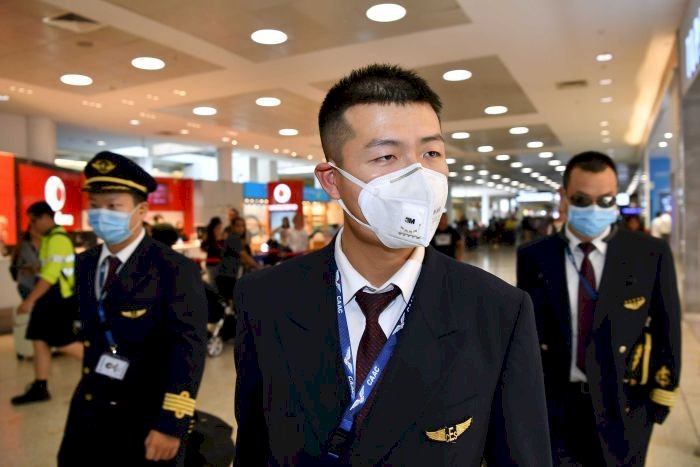 Thousands of Australians returning to the country will be quarantined in hotels and other accommodation facilities for two weeks before being allowed to go home, under new measures to control the spread of coronavirus.

Mr Morrison said two-thirds of the nation's confirmed cases of coronavirus had come from people travelling from overseas.

All passengers who arrive in Australia after midnight on Saturday will go into mandatory quarantine in hotels for a fortnight, Prime Minister Scott Morrison has announced.

"If their home is in South Australia or in Perth or in Tasmania and they have arrived in Melbourne, they will be quarantining in Melbourne. If it's in Sydney, it will be if Sydney. If it's Brisbane, and so on," Mr Morrison said.

Mr Morrison said the cost of the quarantining travellers in hotels and other facilities will be borne by the states and territories, with NSW expected to be the most affected.

On Thursday, more than 7,000 people landed at Australian Airports from overseas.

Defence Force personnel will be brought in to support state and territory police in enforcing the mandatory quarantine and the self-isolation rules that apply to people who are already in Australia or who arrive before the Saturday midnight deadline.

Post-coronavirus, 'normal' travel may not resume...

Overnight, much of the world went from over-tourism to no tourism. Since then, locals have seen how their lives have improved without those .... >>

Victoria has broken its daily record for coronavirus cases with 484 confirmed overnight, taking the total number of cases in the state to 6, .... >>

Coronavirus symptoms and what should you do if...

COVID-19 is a respiratory illness that can affect lungs and airways. It is caused by a virus called coronavirus. The Covid-19 strain of c .... >>

India’s coronavirus case tally passed 6 million on Monday after it reported 82,170 new infections in the last 24 hours, as the pandemi .... >>

Facebook has apologized for its role in the deadly communal unrest that shook Sri Lanka two years ago after an investigation found that hate .... >>

Victorian Police to use technology such as Face Time to...

Tap and go payment limit increased to $200 to stop the...