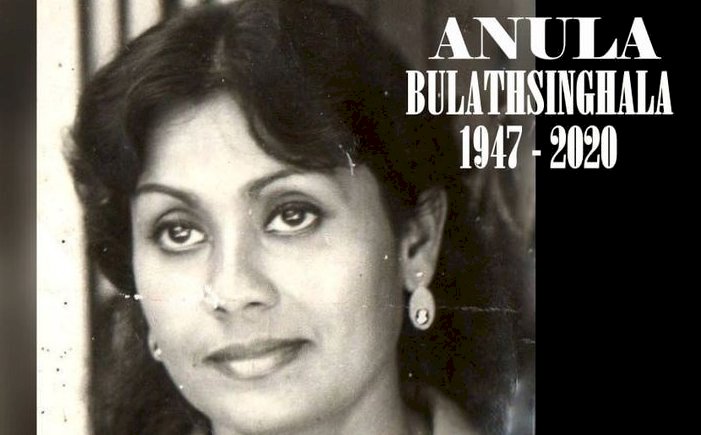 Veteran actress Anula Bulathsinhala has passed away at the age of 73.

She had passed away on Friday (16) while receiving treatment at the Sri Jayawardenepura Hospital.

Anula Bulathsinhala was popular for her numerous acting roles in Sri Lankan cinema, teledramas and stage dramas. She was also an accomplished singer.

Anula Bulathsinhala is the wife of veteran playwright, poet, stage drama producer and lyricist Lucien Bulathsinhala and Mother of Harsha and Indrachapa.

Micro Car Ltd donated a Bus to use for Covid-90...

A Sydney couple are in shock after being slapped with a $112 fine for leaving their car window open – despite one of them being in &ld .... >>

The Sri Lanka Rupee depreciated further against the US...

More COVID-19 restrictions will be eased in NSW from 1st...