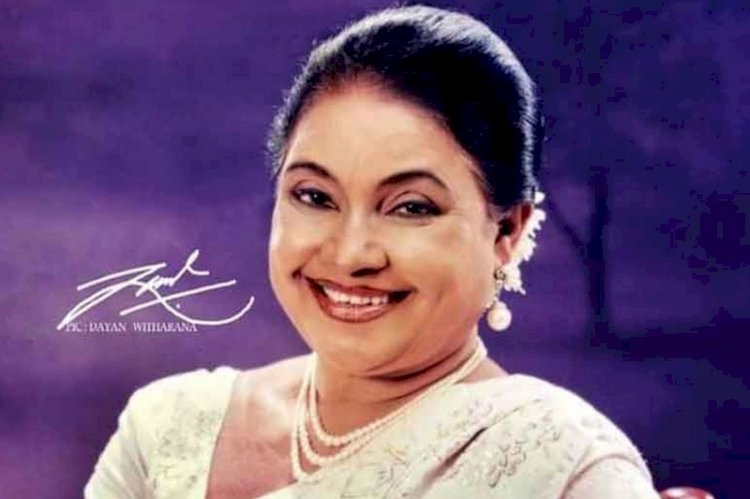 Veteran Sri Lankan actress Miyuri Samarasinghe has passed away on Saturday (6)  at the age of 81.

Born in 1939, Samarasinghe hailed from Moratuwa. She is an alumnus of Musaeus College in Colombo.

Notably, Samarasinghe has been awarded as the actress who acted in the most number of teledramas.

After winning the Presidential Awards for Best Performance in 1976, she bagged the award for Best Actress at Presidential Festival for Nawasiya Anu Nawaya in 1981. She has also received the Best Actress Award for drama Kemmura in 2002.

Miyuri Samarasinghe is survived by three daughters and one son, Ruwan Samarasainghe who  lives in Sydney, Australia

A global survey has listed Australia as the biggest drinkers during COVID-19 while a large number of Aussies also said they gained weight. .... >>

India’s coronavirus case tally passed 6 million on Monday after it reported 82,170 new infections in the last 24 hours, as the pandemi .... >>

Two female Officers of the Sri Lanka Air Force (SLAF) were commissioned as Pilots of the General Duties Pilot Branch for the first time in t .... >>

Veteran journalist and media personality Kala Keerthi Dr. Edwin Ariyadasa has passed away at the age of 98. Born on December 3, 1922, in .... >>

Australia recorded its first Sri Lankan death due to coronavirus