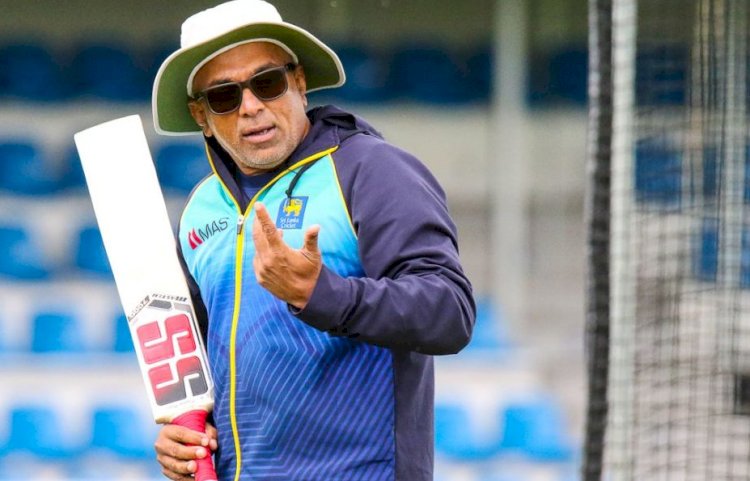 Former Sri Lanka and Bangladesh head coach Chandika Hathurusingha has been appointed as senior assistant and batting coach of New South Wales. He will arrive with a fairly good know-how of the side, having coached The Blues between 2011 and 2014.

Hathurusingha replaces the outgoing Michael Yardy, who quit from his role last summer and has since taken up a role with Kent closer to home. Hathurusingha's appointment is the first significant move by Greg Mail after he became the Blues' head of cricket in May, rounding out a coaching staff that also features Phil Jaques as head coach alongside pace  bowling coach Andre Adams and spin bowling coach Anthony Clark.

Former Cricket Australia pathways coach Chris Rogers and former West Indies assistant Toby Radford are also believed to have applied for the role, but they fell short of Hathurusingha's deep and impressive CV, which will afford the NSW batsmen a broad education in handling different challenges in all conditions, ESPNcricinfo reported.

"It is one of the best working environments I have experienced being part of NSW," Hathurusingha said in a statement. "The best part is there is always a lot of talent coming through NSW cricket. I learnt a lot about the culture last time working with established players like Michael Clarke, Brad Haddin and Shane Watson and we had young players like Steve Smith, David Warner, Peter Nevill, Moises Henriques and Kurtis Patterson coming through who have gone on to higher honours.

"Coaching at international level has given me a lot of confidence in my methods and I'm looking forward to bringing that experience to the Blues."

Hathurusingha returned Australia after a messy departure from his time as Sri Lanka coach, after the board stopped paying him in October 2019 but did not formally terminate his contract until early this year.

The postponed Tokyo Olympic will be held from July 23 to August 8 in 2021, the International Olympic Committee (IOC) has confirmed. It .... >>

Monday’s easing of restrictions postponed in Victoria as...

Public gatherings limited to two people in Australia to...

WHO Chief Thanks Gotabaya Rajapaksa, for mobilizing government...