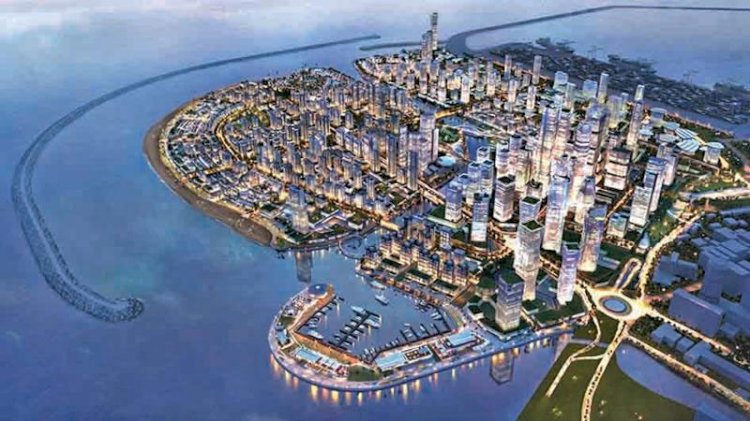 Last week  United States announced yet another tranche of sanctions targeting Chinese companies. This time, 24 Chinese firms were added to the Entity List, which prevents them from doing business with U.S. companies.

This include the builders of Colombo Port City–making it illegal for American companies to export products to these entities without a Government licence.

According to the U.S. Commerce Department announcement  the companies have been targeted “for their role in helping the Chinese military construct and militarize the internationally condemned artificial islands in the South China Sea.”

In Colombo, the Chinese Embassy hit back at the latest move which also affects China Communications Construction Company (CCCC), the parent company of China Harbour Engineering Company, which is building the Colombo Port City and also constructed the Hambantota Port and the Mattala Rajapaksa International Airport.

“The Embassy does believe that normal business cooperation by licensed companies or individuals from China and Sri Lanka, two sovereign countries, will be affected by such unilateral and unjust sanctions from a third country,” said the Chinese Embassy’ Political Section Chief Luo Hong.

The sanctions targeted companies and individuals involved with constructions in the South China Sea, particularly the building of artificial islands as part of the One Belt, One Road initiative (OBOR). China has urged the US to “rectify its mistakes and immediately stop interfering in China’s internal affairs,” Mr Luo said.

“The Chinese companies and individuals are participating in construction on its own territory, completely within the scope of its sovereignty,” he said.

It is the first time the US has sanctioned Chinese companies involved in building artificial islands. It has labelled the construction programme as an illegal attempt to control an important shipping route. Visa restrictions are also imposed on executives at those companies and on other individuals responsible for the island building.

The blacklist is called the “Entity List” and now contains more than 300 Chinese entities including Huawei. US sanctions — such as those imposed on Iran and Myanmar — have in the past discouraged countries like Sri Lanka from engaging with the targets.

For instance, Colombo stopped crude oil imports from Iran, even switching to other grades in line with US sanctions against Tehran. At the time, Sri Lanka had imported nearly all of its 50,000 barrels per day from Iran.

China “must not be allowed to use CCCC and other state-owned enterprises as weapons to impose an expansionist agenda,” US Secretary of State Mike Pompeo said in a statement. “The United States will act until we see Beijing discontinue its coercive behavior in the South China Sea, and we will continue to stand with allies and partners in resisting this destabilising activity.”

US media reports said it was not clear how the sanctions might affect CCCC. Another subsidiary, Shanghai Zhenhua Heavy Industries Co., also known as ZPMC, recently supplied cranes to the Sri Lanka Ports Authority.

Victoria to announce “lockdown road map” on Sunday amid 41 deaths and 73 new COVID-19...

NSW Health today confirmed six new cases of COVID-19, bringing the total number of positive cases to 15 in the state since the outbreak bega .... >>

Marians, under the leadership of megastar musician and TV personality Nalin Perera alon with the dynamic and creative artists, celebrating i .... >>

The Australian Defence Force and other states have been called in to help Victoria’s efforts to contain coronavirus cases according to .... >>

P.B.Jayasundara, Secretary to the President in a reply to the Chairman of Election Commission, Mahinda Deshapriya  said that the date f .... >>

The first coronavirus vaccine in the world has been registered in Russia, President Vladimir Putin announced today (Tuesday).  The v .... >>

The Supreme Court  today dismissed the Fundamental Rights (FR) petitions filed against the date set for the Parliamentary elections. .... >>

The Sri Lanka Rupee depreciated further against the US...