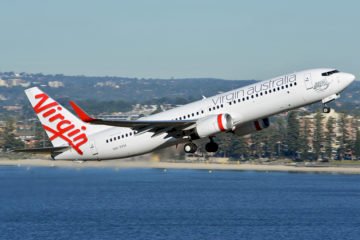 However the airline will continue to operate its scheduled international and domestic flights.

Virgin Australia's administrator is seeking to have the company's sale wrapped up quickly, with a draft timetable targeting a deal in the next eight weeks or so.

Administrator Vaughan Strawbridge said several parties had expressed interest in the business and they were "progressing well on some immediate steps".

"Our intention is to undertake a process to restructure and refinance the business and bring it out of administration as soon as possible," he said.

He said the draft timetable had expressions of interest due in the next three weeks, which would be followed by a four to five week process to identify the new owner.

In a statement to staff, Virgin Group boss Richard Branson said the airline had brought competition and lower airfares to Australia's skies.

Virgin Group is a 10 per cent shareholder in Virgin Australia.

"I know how devastating the news today will be to you all," Mr Branson said.

"In most countries federal governments have stepped in, in this unprecedented crisis for aviation, to help their airlines. Sadly that has not happened in Australia."

But he said he was "never one to give up" and that the Group was "determined to see Virgin Australia back up and running soon".

Virgin Group CEO Josh Bayliss said the impact of the COVID-19 pandemic had been catastrophic.

"In addition to the human suffering and loss, it has caused extreme business and financial disruption"

Velocity Frequent Flyer, while owned by the Group, is a separate company and is not in administration.

Sri Lanka has tightened foreign exchange controls for three months to limit outflows as the rupee depreciated sharply against the US dollar. .... >>