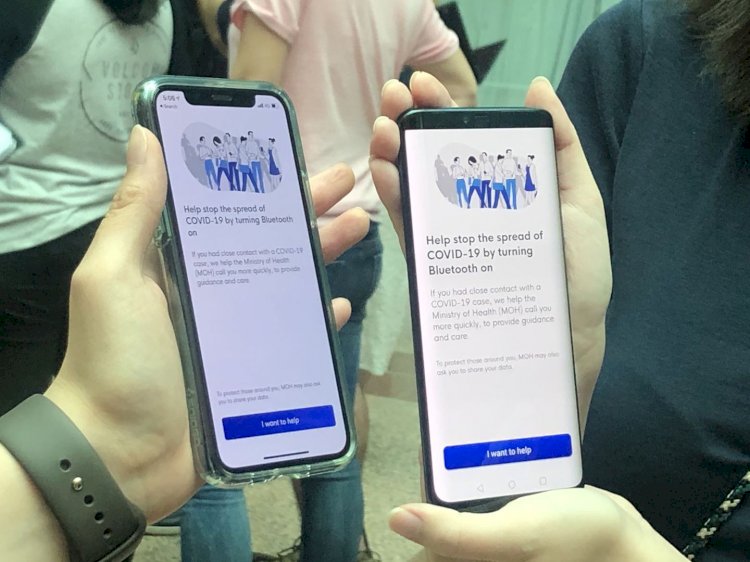 Australia soon will adopt a sophisticated mobile phone app that tracks coronavirus victims and the people they come in contact with.

An app that could alert users when they have been close to a confirmed case of coronavirus is in development and could be the key to ending life in lockdown in Australia.

Currently the Australian Federal Government is exploring the possibility of loosening restrictions on public movement and tracking citizens via a smartphone app.The contact tracing app, which Australians would opt into on a voluntary basis, is already in development according to ABC reports.

Prime Minister Scott Morrison on Tuesday (14) said tracing the movement of Australians is something we need to get better at, especially if we hope to end the lockdown anytime soon.

In late March this year, Australia’s Prime Minister, Scott Morrison suggested the Federal Government was investigating digital methods of tracing COVID-19 as seen in countries like Singapore. Earlier in the month, as one of the countries that has so far managed to keep the pandemic under control, Singapore announced the release of mobile app “TraceTogether.”

The Australian version of mobile app modelled on “TraceTogether”  app  already being used in Singapore and in development in the UK. The app allows authorities to trace contact between persons infected with coronavirus and the wider community to stop the spread of new infections sooner.

Singapore even shared some computer coding to help with the app development in Australia.

The phone will send out “beacons” looking for other phones in the immediate bluetooth vicinity and record the beacon keys of the user who was in the location of the phone for a set period of time (ie 15 minutes or more).

The beacon IDs are rotated every 15 minutes, so you never have a unique ID for your phone, and all the IDs are deleted 14 days after they are first created.

All the beacon keys are stored on the phone, and if you test positive for coronavirus, it is envisioned that the user would then consent via a public health authority app to having all that user’s beacon IDs for the last 14 days uploaded to a server.

The server will be run by the government. However mobile phone developers such as  Apple and Google will offer to run it if needed. The data uploaded from confirmed cases is deleted after 14 days.

The server would then periodically send out all positive beacon keys to every device, and when there is a match for someone who has had close contact with that person they’ll be alerted by the app that they should get tested. However identification of the person who tested positive will not provid to others.

Singapore has reported a 20% take-up of the app, which people infected with Covid-19 use to alert health authorities of their movements and the people they come in contact with. The federal government is aiming for a at least 40% take-up.

While the app would be voluntary, its introduction could raise privacy issues and concerns it might later be used for surveillance. Academics from Macquarie University and the University of Melbourne raised those concerns earlier this month.

“While many of the legal considerations could be relaxed at the discretion of enforcement authorities during times of crisis such as the current public health emergency, privacy issues could markedly hinder the adoption of these mobile apps.

“Such apps could also be used as a tool for mass surveillance beyond the original purpose of COVID-19 contact tracing.”

Below is the promotional video of a Contact Tracing app compiled by the Singapore Health Authorities.

UK coronavirus home testing to be made available...

A CORONAVIRUS home test kit will be available "within days" - from Amazon and Boots, the UK Government has revealed. Thousands .... >>

WHO acknowledged airborne transmission of Corona...

The World Health Organization finally acknowledged possible airborne transmission of the coronavirus, at a virtual press conference in Genev .... >>

Bringing down the “AVIGAN” drug to Sri Lanka is a hot topic on social media and News media in Sri Lanka.   Mr Chandana W .... >>

McGrocery a new addition to Mcdonalds during...

The fast-food giant Mcdonalds Australia commenced selling basic groceries, such as bread and milk, during the coronavirus pandemic and plann .... >>

Post-coronavirus, 'normal' travel may not resume until...

The Sri Lankan government has banned all passenger flights...

Notice for all Sri Lankan Nationals in Australia regarding...

China tells students to avoid studying in Australia and...