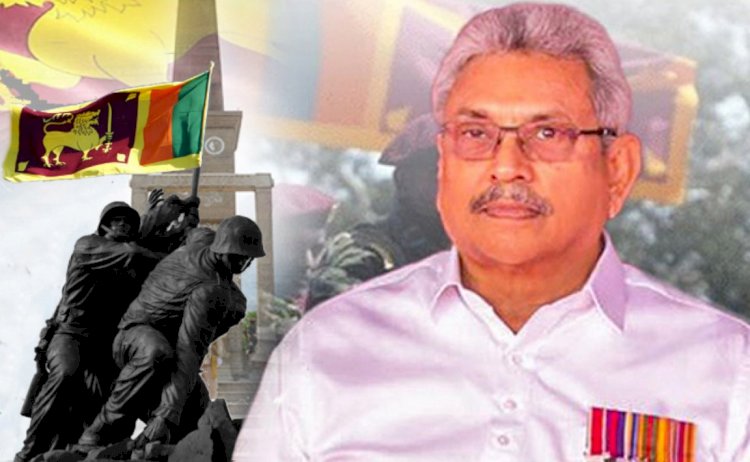 Eleven years have passed since sacrifices made by heroic Tri service, Police and Civil Security Department War Heroes as well as all Sri Lankans brought about durable peace to our Motherland after dousing the flames of ferocious terrorism.

The Nation’s tribute will be given in memory of all fallen patriotic War Heroes of the Army, Navy, Air Force, Police and Civil Security Department (CSD) at the 11th National War Heroes’ Day ceremony.

This year’s War Heroes’ Day commemoration ceremony, organized by the Rana Viru Seva Authority (RVSA) adhering to health guidelines begins at 4.00 p.m. after the arrival of the Commander-in-Chief of the Armed Forces, President Gotabaya Rajapaksa as the Chief Guest at the national event, preceded by Hon Prime Minister and other distinguished invitees in succession.

A total of 28,619 from the Army (23,962), Navy (1160), Air Force (443), together with 2,598 Policemen and 456 Civil Security Department personnel, who had made the supreme sacrifice in the fight against LTTE terrorism before May 2009 will be remembered by all for their gallantry, invaluable and selfless dedication during this national ceremony.

At this historic milestone, His Excellency, the President Gotabaya Rajapaksa  issued folowing message of commemoration over the completion of 11 years of that proud victory. 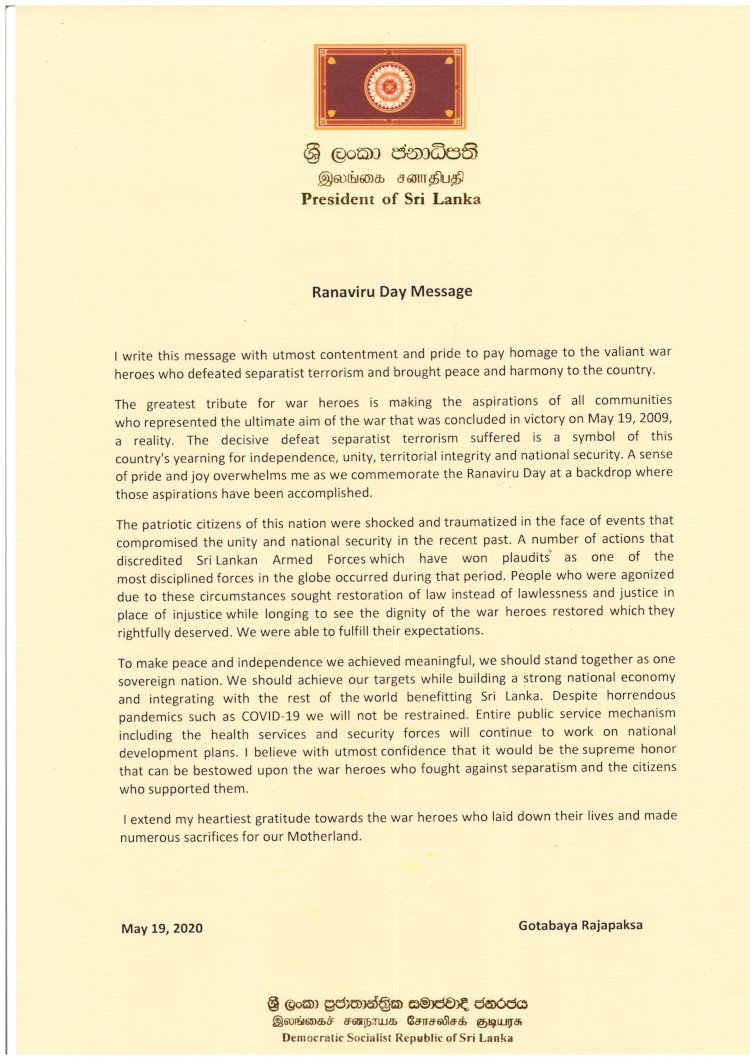 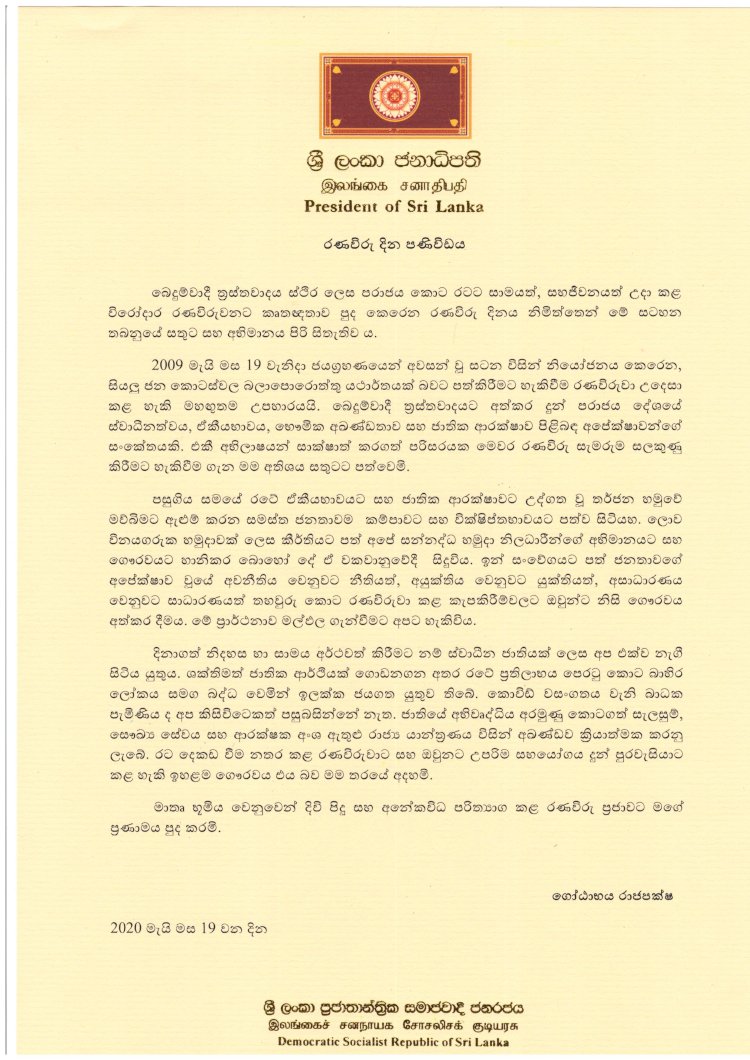 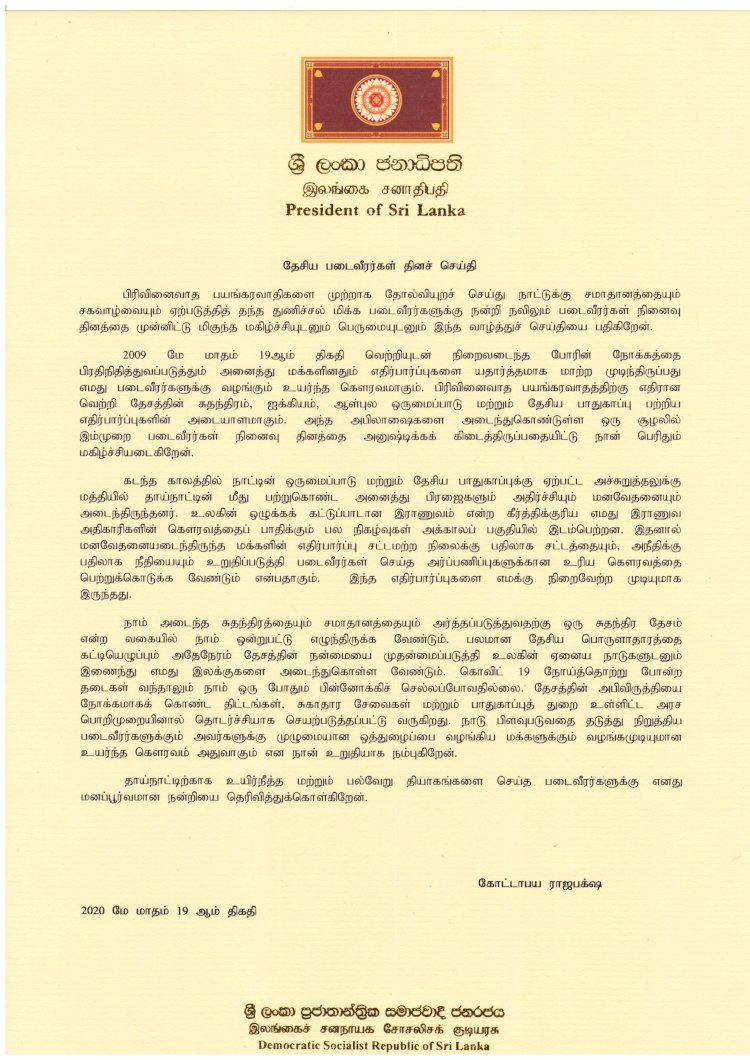 The NSW Government has announced $20 million package for International Students

Return of a number of COVID restrictions in New...

The NSW government is bringing back a number of Covid-19 related restrictions in an attempt to curb the spread of the virus in New .... >>

Actor-politician Ranjan Ramanayake, a Member of Parliament for the main Opposition Samagi Jana Balavegaya (SJB) has been sentenced to four-y .... >>

Folowing is the latest Media Release by the Sri Lankan Foreign Ministry in relation to the inbound travellers Notice on Revision of Proc .... >>

Australia to manufacture covid-19 vaccine and...

NSW to charge $3000 for Returning international...

Australians’ attitudes towards China are hardening, according to a recent Australian poll that points to plummeting trust in China and .... >>

WHO partners with WhatsApp for health alert messaging service

Pfizer vaccine is more than 90 per cent effective