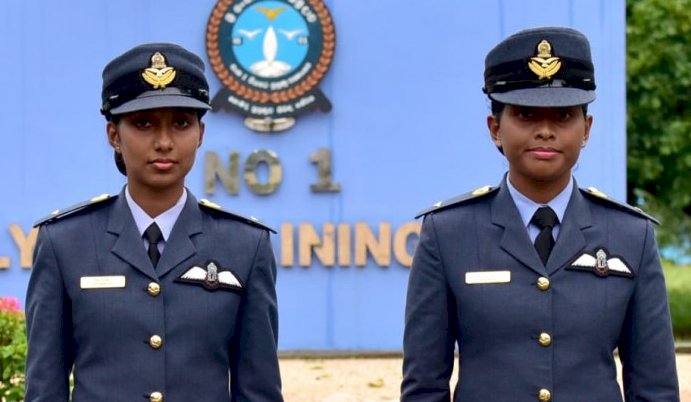 Two female Officers of the Sri Lanka Air Force (SLAF) were commissioned as Pilots of the General Duties Pilot Branch for the first time in the history of the SLAF, at the the SLAF Academy in China Bay today (16).

Today’s parade was handed over to the newly commissioned Officers to command, and today marked the first instance in the history of the SLAF when a Lady Officer commanded a parade with the Presidents Colour.

Pilot Officer RT Weerawardana had the honour of being the first Lady Officer to do so when she took over the parade as the new Parade Commander. 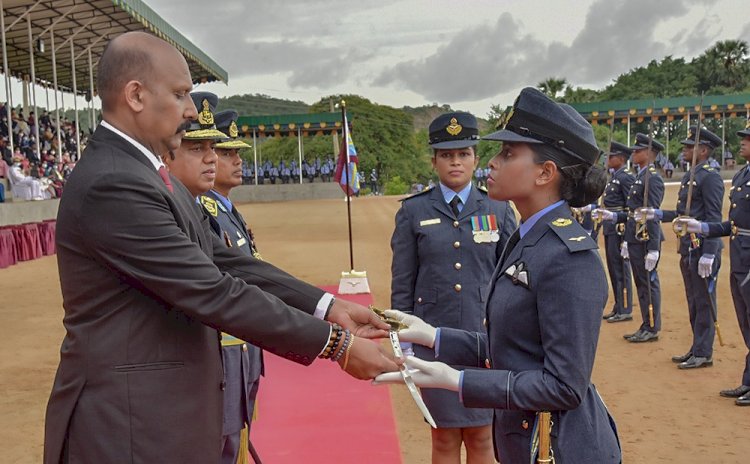 Also, for the first time in the history of the SLAF, Pilot Officer ADPL Gunarathe and Pilot Officer RT Weerawardana became the first Lady Officers to be awarded the prestigious Flying Brevet and be the pioneering female military aviators of Sri Lanka.

Secretary to the Ministry of Defence, Major General (Retd) Kamal Gunaratne, attended the event as the chief guest.

Sri Lankan government has requested  its 1.5 million state sector  employees to donate their May salary to the government to reduc .... >>

A Sydney father with terminal cancer has been asked to choose which of his children to see as only one of four will be able to cross the bor .... >>

Muslims in Australia begin observing Ramadan, the fasting month, in a very different way due to the COVID-19 pandemic. But despite the socia .... >>

The Civil Aviation Authority of Sri Lanka (CAASL) has extended the ban on passenger aircrafts arriving in the country. All passenger arri .... >>

A pioneer of the Oxford Covid vaccine – Sri Lankan born...

WHO says that Sri Lanka on right track to contain COVID-19...

No kissing or hugging as Sri Lanka lifts weddings ban