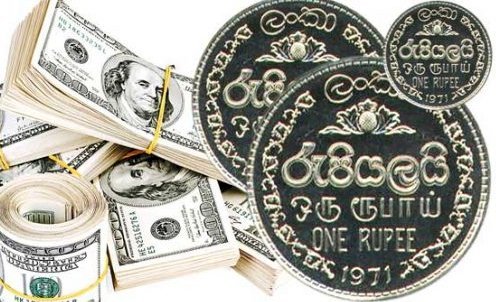 Sri Lanka’s Rupee fell to its lowest close today surpassing Rs. 200 against the US dollar for the first time in history.

The selling rate of the rupee slid to Rs 200.46 against the US dollar Wednesday, April 08, according to the daily exchange rates issued by the Central Bank of Sri Lanka. The buying rate was recorded as Rs. 193.95 per dollar

The Sri Lankan rupee, which remained broadly stable in the month of January as well as until the first week of March, depreciated sharply with the speculative behavior in the market with the spread of COVID-19 outbreak, the Central Bank said.

According to the Central Bank Sri Lankan rupee depreciated by 4.9 percent against the US dollar from January 1 to April 3 this year.

A UK doctor from Sri Lankan background who was working on the frontline died from...

Sri Lanka has tightened foreign exchange controls for three months to limit outflows as the rupee depreciated sharply against the US dollar. .... >>

Emirates to suspend all passenger flights from 25th March