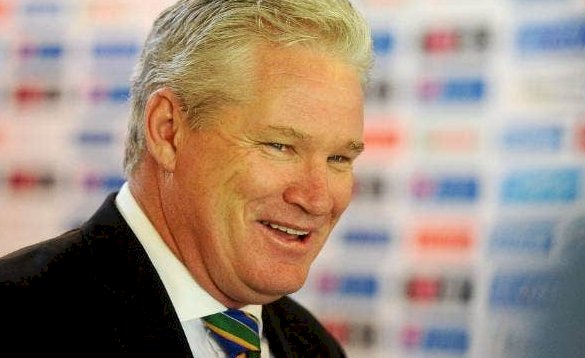 Dean Jones, the former Australia batsman, died on Thursday after a heart attack in Mumbai. He was 59. Jones, who was is in India as a commentator for the IPL, is understood to have suffered a massive heart attack around noon IST.

It is understood that Jones, who was part of the commentary panel for Wednesday's match, had breakfast this morning and attended a pre-match debriefing with his colleagues. He is believed to have returned to his room and suffered the heart attack there.

"It is with great sadness that we share the news of the passing away of Dean Mervyn Jones AM," Star India, whom Jones was a commentator for, confirmed through a statement. "He died of a sudden cardiac arrest. We express our deep condolences to his family and stand ready to support them in this difficult time."

Remembered for his double century in the famous tied Test between India and Australia in Chennai, Jones played 59 Tests and 164 ODIs. He was also part of Australia's 1987 World Cup-winning team. He carved a career in coaching and cricket commentary after his retirement from all forms of cricket in 1997-98.

Monday’s easing of restrictions postponed in...

New Zealand joins an exclusive club of nations that have successfully stamped out Covid-19. Prime Minister Jacinda Arden announcing that all .... >>

15 deaths amid a sharp drop in new cases in Victoria