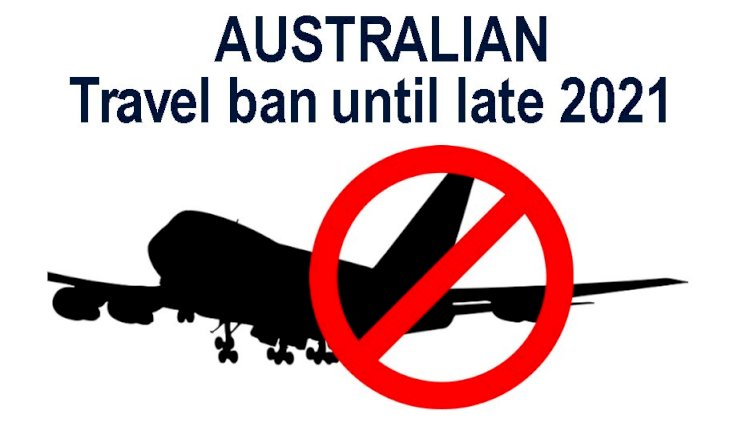 Australia's international borders are likely to remain closed until late 2021. Federal Treasurer Josh Frydenberg flagged the distant date in his post-budget address to the National Press Club in Canberra this week.

The government is predicting Australia's population won't be vaccinated until the end of 2021 - which means overseas travel will 'remain low' until then and social distancing measures will be kept in place.

"International travel, including by tourists and international students, is assumed to remain largely closed off until late next year and then gradually return over time, and a vaccine to be available around the end of 2021 is one of the assumptions in the budget," Frydenberg said.

Overseas travel has been banned since March 2020 and it remains unclear when it will resume. Australian citizens and permanent residents are currently banned from leaving the country and no international travellers are being allowed in, except for those on a short list of exemptions.

Australians won't be able to travel to the Unites States or Europe until 2022, Tourism Minister Simon Birmingham has warned.    He hopes Australia will have a two-way travel bubble with New Zealand by the end of the year.

However Aussies could be banned on travelling to countries in Europe and America for years unless an effective coronavirus vaccine is found.

Mr Birmingham said international travel to higher risk nations 'can't be done at the expense of our health and economic strength at home'.

“Work continues on how we can facilitate two-way COVID-safe travel between Australia and New Zealand, and I hope that we can see a reciprocal arrangement of quarantine-free travel with New Zealand by the year’s end,” he said.

However, he didn't disclose what other destinations could be added to Australia's travel bubble, however government sources revealed low-risk nations such as Japan, Singapore and Pacific Island countries are in the pipeline.

Prime Minister Scott Morrison previously said the first step will be to open to 'safe locations'.

'Our borders will open up at some point to safe locations whether it be New Zealand or parts of the Pacific or places like South Korea or Japan or countries that have had a much higher rate of success,' he told reporters.

He said he was considering letting people quarantine at home instead of in hotels if they fly in from a low-risk country.

'Home quarantine can play a role in the future and it's something that is being considered by the AHPPC (Australian Health Protection Principal Committee).

'We will need a more flexible approach that gives us more options for managing this, so that is something that is under active consideration,' he said.

The Australian tourism industry has called for urgent consultation with the federal government after Treasurer Josh Frydenberg flagged the grim news.

He said that while the industry had steeled itself for a closed international border into early 2021, the assumption that borders would only properly re-open in late 2021 demanded "more rigorous debate and engagement between industry and government".

"That new conversation needs to happen now," he said.

While ATIC welcomed the opening of a small travel bubble between Australia and New Zealand, allowing New Zealanders to enter NSW, the ACT and Northern Territory, Mr Westaway said this measure alone achieved little for the industry.

"It's a start, but what's absolutely paramount is a realistic and even boundary-pushing plan to get our international market moving again and with a timeline," he said.

Australia to manufacture covid-19 vaccine and...

Dean Jones, the former Australia batsman, died on Thursday after a heart attack in Mumbai. He was 59. Jones, who was is in India as a commen .... >>

Global coronavirus cases have officially reached more than 10 million people, with half of them in the United States and Europe. Accordin .... >>

Both NSW and Victoria have recorded Zero new locally acquired corona virus cases this morning  from a combined total of about 65,000 te .... >>

New Zealand joins an exclusive club of nations that have successfully stamped out Covid-19. Prime Minister Jacinda Arden announcing that all .... >>

WhatsApp forces users to accept new terms of service or...