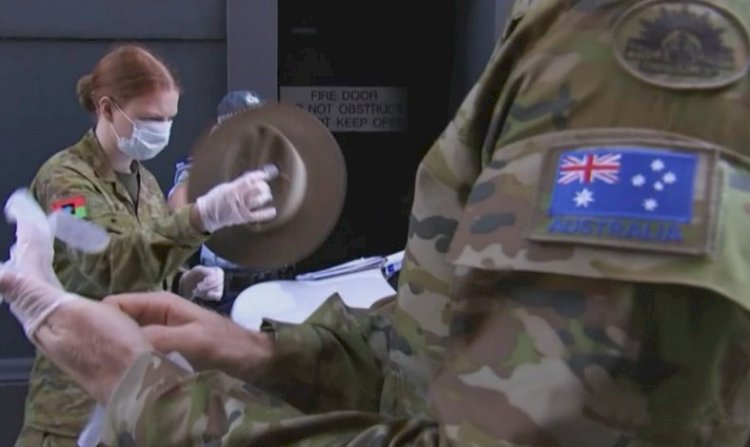 Victoria has recorded 300 new cases of coronavirus overnight and six more deaths, taking the state's COVID-19 death toll to 55. Six deaths is a new single-day record in Victoria, and comes after a record-high of five deaths was announced yesterday.

Premier Daniel Andrews said three of the people who died were in their 90s and three were in their 80s. All were connected to aged care settings, he said.

Mr Andrews said the number of army personnel working on Victoria's coronavirus response had been boosted from about 300 to 1,400.

He said Australian Defence Force (ADF) members would be deployed in "innovative and unique" ways, including helping with contact tracing when people did not answer the phone.

"If for whatever reason, you don't answer the phone, then ADF personnel will be knocking on your door and they will be bringing the public health response to you and they will do that interview on your doorstep," he said.

Yesterday Premier Daniel Andrews said nearly nine in 10 cases were not isolating in between when they were tested and when they were waiting for results.

Australian Prime Minister Scott Morrison has been asked about the high numbers of people in Victoria not answering phone calls or going in for testing or isolating when requested.

"Of course, that's concerning. And that's why the Victorian Government is taking the action they've been taking, and that's why the Australian Defence Forces are providing them with that resource to able to go and knock on those doors," Mr Morrison said.

"All we can do is to give Victoria every support that we can to get the results. If they don't answer the phone, we'll knock on the door. If they don't come for testing, we'll drive a truck to the end of their street and we'll test them there.

206 Victorians in hospital and 41 of those are in intensive care. There have been 11 deaths in Victoria in the past 2 days and the state total is 55 todate.

Hundreds of Sri Lankans will fly home on repatriation flights from overseas as the Sri Lanka slowly opens up its international airports for .... >>

Sri Lanka will reopening its airports for foreign tourists from January 21, following a successful pilot programme to assess the c .... >>

Veteran actor Jayalal Rohana has passed away at the age of 56 while receiving treatment at the Colombo North Teaching Hospital, Ragama this .... >>

Black Sunday in Sri Lanka for demand justice for victims...