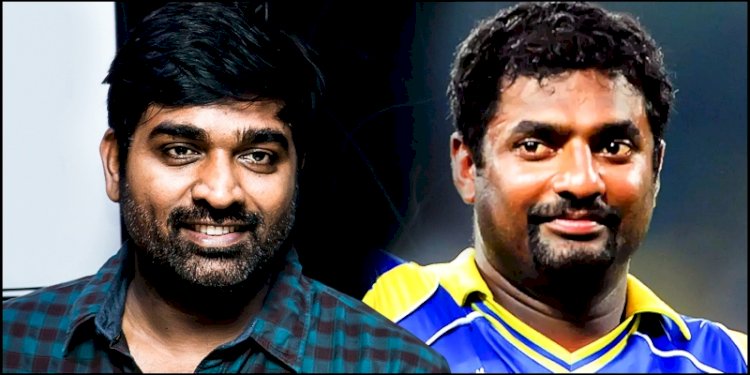 Sri Lankan cricketer Muttiah Muralitharan on Monday requested Tamil actor Vijay Sethupathi to opt out of his biopic ‘800’ considering opposition and the star acceded saying ‘thanks.’

The actor has been under tremendous pressure from some quarters to withdraw from the biopic project, the iconic cricketer said in a statement.

“I don’t like an outstanding artist from Tamil Nadu to be affected because of me.I request him to step aside since he should not face unnecessary hurdles in his careerin future,” Muralitharan said.

Tagging the cricketer’s statement on his Twitter handle, Sethupathi said, ‘Nandri (Thanks)..Vankkam.’ Asked on his ‘thanks’ tweet, the actor confirmed that it meant him opting out of the movie.

“It’s all over and that is the meaning,” he told reporters.

A controversy had erupted soon after Sethupathi announced on 8 October that he would be playing the role of Muralitharan.

In a statement on 16 October, the former Sri Lankan bowler said he “had never endorsed the killings of innocent people”. He also said that he saw no difference between Sri Lankans, Malayaga Tamils (who have Indian lineage) and Eelam Tamils (those demanding a separate state in Sri Lanka).

Muralitharan said obstacles were nothing new and he was not tired of it, adding all his achievements became a reality only after overcoming them.

The legendary sportsman said he agreed to a biopic on him as it would give enthusiasm and determination to future generations in addition to young cricketers and such an initiative too has confronted impediments.

Expressing confidence that hurdles would be overcome, he said the producers have assured him that an announcement could be expected soon, apparently indicating that another actor shall be picked to reprise his career.

He thanked those who stood by him and the Tamil people in this regard.

The ruling AIADMK had said the actor should reconsider his decision to be a part of the movie.

The actor’s proposal to play the lead role also became a matter of heated debate in the social media.

Parties, including the MDMK, PMK and veteran Tamil filmmaker Bharathirajaa were among those who had urged the actor to disassociate from the biopic.

They had alleged that Muralitharan was a betrayer of the Tamil people and supported the then Sri Lankan President Mahinda Rajapaksa during the 2009 civil war.

The cricketer responded saying he never supported the killings of innocent people and would never do that.

He expressed anguish over him being accused as against the Tamils and asserted that it was for political reasons and out of ignorance.

According to the film’s producers (Dar Motion Pictures), the movie was meant to focus on Muralithiran’s cricketing life and his achievements as a player. The shooting for the biopic was to start in March 2021 and the producers were planning to dub it in Hindi, Bengali and Sinhalese, besides having English subtitles.

Dar Motion Pictures, the producers, has said ‘800’ was only a sports biography movie and it does not make any political statement.

Popular singer Paul Fernando passed away today (16) at the age of 68 while receiving treatment at the Colombo South Teaching Hospital, Kalub .... >>

Coles hiring another 5000 new Staff to meet the...

Coles is looking to employ another 5000 staff at its supermarkets and liquor stores across the country to help meet the huge demand sparked .... >>

Australians returning to the country to be sent...

Thousands of Australians returning to the country will be quarantined in hotels and other accommodation facilities for two weeks before bein .... >>

Victoria has recorded 394 new coronavirus cases and 17 deaths overnight — the highest number of people to die in a single day in Austr .... >>

A pioneer of the Oxford Covid vaccine – Sri Lankan born...