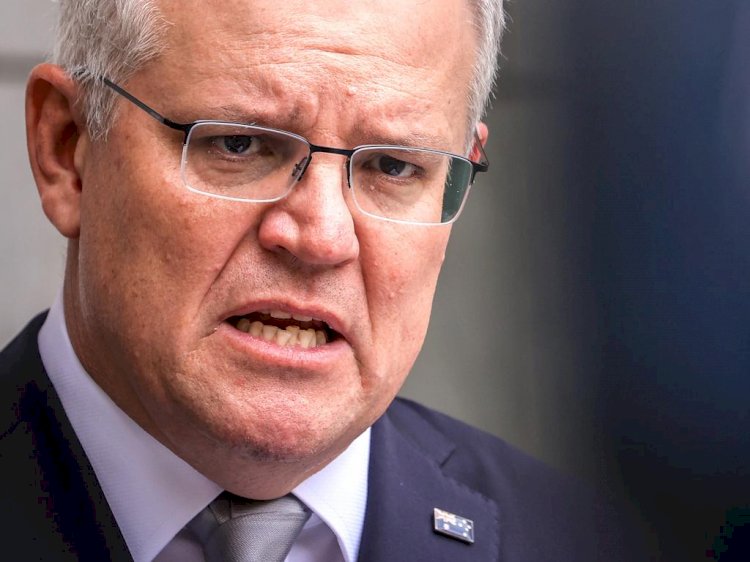 Australian Prime Minister Scott Morrison has issued his toughest criticism of the Victorian lockdown to date urging the state to re-open the economy faster by improving COVID-19 contact tracing just as NSW has done across the border.

The prime minister said the state's plan to keep lockdown restrictions in place for at least six weeks was 'crushing news'.

'The plan that was outlined yesterday, I hope, is a worst-case scenario. I see it as a starting point in terms of how this issue will be managed in the weeks and months ahead in Victoria,' Mr Morrison said today.

Under premier Daniel Andrews' plan, released on Sunday, lockdown will only end when there are an average of five cases per day, which is not expected until October 26.

“We will continue to carefully review this plan. We’re yet still to receive the detailed modelling.”

“The most important thing is ensuring that we build an integrated tracing capability right across the country.

“As I’ve noted, New South Wales is the gold standard. That is where we have to get everybody to ensure that Australia can be open.”

New South Wales has managed to remove lockdown and keep its economy going while suppressing cases to an average of less than 10 per day so far this month.

Mr Morrison noted that Sydney would be under lockdown if it followed Mr Andrews' road map.

What I can't help but be struck by is that, under the thresholds that have been set in that plan, Sydney would be under curfew now,' he said.

'Sydney doesn't need to be under curfew now. They have a tracing capability that can deal with outbreaks.'

Asked if Victoria's contact tracing system was as good as New South Wales's, he said: 'Well, New South Wales can cope with much higher levels - and have. So, look, that's, I think, just a matter of record.'

The prime minister said he wanted Victoria's contact tracing regime to be beefed so it can handle a reasonable number of cases without requiring lockdown.

Mr Andrews has been slammed by businesses and opposition politicians who say such low numbers as a threshold for easing restrictions was unrealistic.

Victorian Premier released the roadmap out of lockdown amid Federal Governmnet criticise...

New analysis has found that New Zealand has handled the coronavirus pandemic more effectively than any other country in the world. Austra .... >>

One hundred Members of Parliament have written to President Gotabaya Rajapaksa and Prime Minister Mahinda Rajapaksa asking that they interve .... >>

US Secretary of State Mike Pompeo to visit Sri...

The United States will urge Sri Lanka to make "difficult but necessary choices" on its economic relations when Secretary of State .... >>

NSW Premier Gladys Berejiklian has announced today’s rise in COVID case numbers, along with a raft of restrictions to stop the spread. .... >>