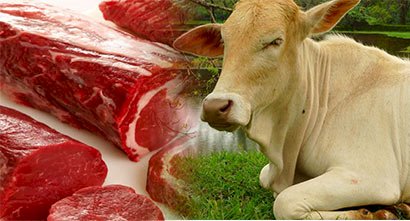 Cabinet Spokesman Keheliya Rambukwella said that all SLPP MPs who attended the meeting had commended the PM and had applauded.

However “No official proposal was submitted by the Prime Minister, but he expects to put forth the proposal soon,” he said.

Minister Rambukwella further said the Prime Minister will decide when and how to formally submit the proposal to the cabinet to ban cattle slaughter.

Meanwhile, Minister Bandula Gunawardena said a ban will not be imposed on beef imports.

He said the decision was taken as a redress to meat-lovers.

Father dying from brain cancer told to choose which child to visit him in hospital...

A Sydney father with terminal cancer has been asked to choose which of his children to see as only one of four will be able to cross the bor .... >>

President promises a Constitution with “One country,...

President Gotabaya Rajapaksa promised sweeping changes to the Sri Lanka’s Constitution that will ensure a stable Parliament and “ .... >>

Citrus Waskaduwa to be used as a Quarantine Center - Dilith...