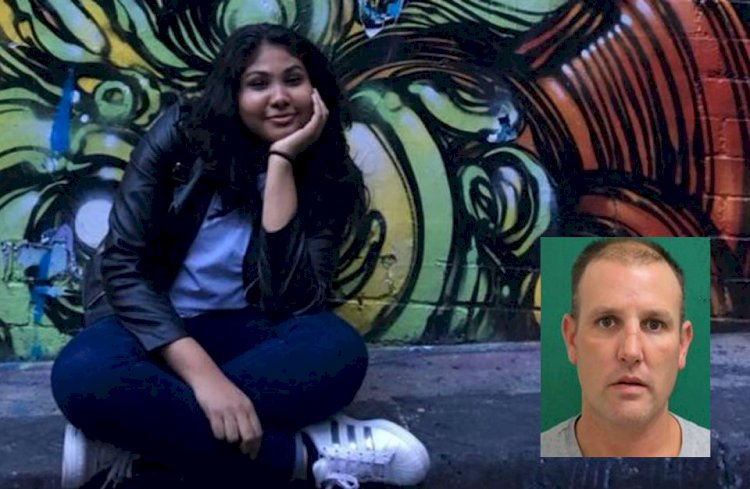 A man who hit and killed a 20-year-old student as she was crossing the road will spend at least eight years in jail. Judge Liz Gaynor sentenced the 38-year-old to 10 years’ jail with eight years non-parole in the County Court of Victoria on Tuesday.

Nisali Perera was just two metres from safety when an ice-addicted driver struck and killed her on a Melbourne Road.  On August 29, 2019, Ms Perera waited for the pedestrian light to turn green before she crossed Wellington Road, Clayton, at the intersection with Scenic Boulevard.

The 20-year-old Sri Lankan international student, on her way home from Monash University. When Shane Cochrane hit Nisali Perera as she was crossing the road, the impact was so severe it flung her 60 metres through the air and smashed both of his front headlights. Shane Cochrane killed her instantly after he sped through a red light, having used ice and GHB the night before.

The Monash University business and commerce student had convinced her Sri Lankan parents to let her go to university in Australia, which she promised them was a safe country.

She was only 2.3 metres from safety when Cochrane ran a red light at 9.40pm and killed her instantly. A witness told police he saw her “falling from the sky”, such was the force of the hit.

Cochrane kept driving, with his girlfriend Lauren Hindes in the passenger’s seat, and ditched the smashed-up Mazda at an abandoned church – where a trail of fluid leading to the vehicle was spotted by police.

Her mother Kamal Perera told the court she had been in two minds about letting Nisali go to Australia – but gave her blessing for Nisali to leave the haven of her parents’ home so she could follow her dreams.

She said she was now wracked by guilt and despaired to think of growing old without her only daughter.

“I am 52 years of age and I don’t have any hope of another child,” she told the court.

“My only child is gone for good. Words are not good enough.”

Judge Gaynor said when Cochrane abandoned the smashed-up car they left Cochrane’s girlfriend’s name tag in the vehicle as well as a mobile phone belonging to a friend.

The driver had taken ice and GHB the night before, as was his daily habit.

Cochrane sobbed quietly as he listened to the judge detail his extensive criminal history. He had been before a court 30 times with three instances of fleeing the scene of an accident, including a 200 km/hr police chase that ended in him colliding with another vehicle.

She said he had a childhood that could “only be described as tragic”.

His father and abusive stepmother were alcoholics and his father died when he was 12, leaving him in the hands of his mother, an intravenous drug user who would take him to do his homework in the car outside the police station while she checked in for bail.

Judge Gaynor said Cochrane’s mother was in and out of prison and by the age of 12 his home had been raided by police a dozen times, and he had to look after and feed himself.

He “plunged” into a daily drug and alcohol habit around age 19 to cope with guilt after his mother died from drugs while he was home. A court-appointed psychologist said Cochrane self-medicated with alcohol, ice and GHB because of PTSD from his upbringing.

Judge Gaynor told him she had sympathy for the hardships and emotional trauma he had faced, but “you are now responsible for the death of a beloved only daughter who was the centre of her parents’ world”.

“This is the third time you have fled the scene of an accident, this time leaving behind the body of a young woman you had killed,” she said.

Cochrane pleaded to guilty to culpable driving causing death, failing to render assistance at the scene of an accident where a person has been killed, driving while disqualified, fraudulently using a number plate, and driving an unregistered vehicle.

Ms Hindes has been charged with assist an offender and her case is before the court.

Dean Jones, the former Australia batsman, died on Thursday after a heart attack in Mumbai. He was 59. Jones, who was is in India as a commen .... >>

US Secretary of State concludes his Sri Lanka visit this afternoon, meeting with President and Foreign Minister. Pompeo arrived in Sri La .... >>

All passenger arrivals at Bandaranaike International Airport (BIA), Katunayake would be suspended with effect from today (18)  for two .... >>

Victoria has recorded its highest-ever spike of coronavirus cases, with an alarming 428 cases reported overnight with 3 deaths. The recor .... >>

Jetstar Asia to become only LCC to fly direct...

Jetstar Asia will become the only low-cost carrier to fly direct from Singapore to Colombo, Sri Lanka when it launches the new service  .... >>

Commencing from this week  SriLankan Airlines is offering passengers (who are eligible to travel)  to limited destinations includi .... >>

NSW and Victoria to shut down non-essential services to...

Australians returning to the country to be sent to quarantine...