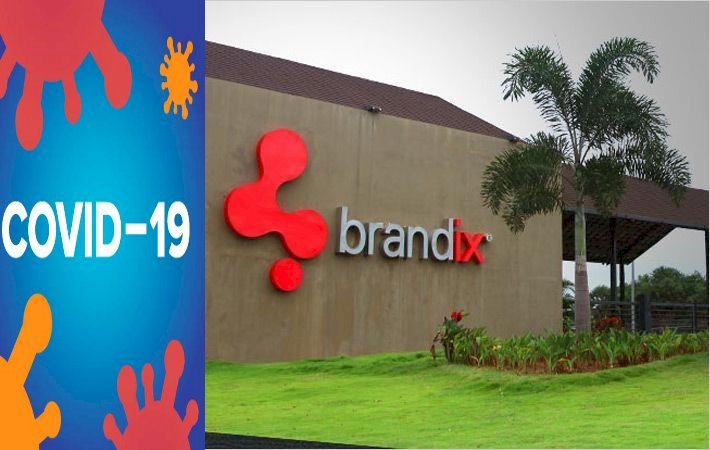 Sri Lanka on Tuesday confirmed a cluster of more than 300 garment factory workers infected with the coronavirus, days after reporting its first community infection in two months.

The health ministry said all 321 people infected are co-workers of the first patient, who was diagnosed at a hospital two days ago and was from the densely populated Western province.

He said the PCR testing for COVID-19 positive factory workers was still underway.

“PCR tests are being conducted and still we are collecting samples from suspected workers and others who were traced to be associated with the people who were tested positive,” he said.

“Many workers had gone on vacation. According to the information we have, more people had identified from Districts of Jaffna, Kurunegala, Matale and Moneragala as workers of the Minuwangoda apparel factory.

He requested people to adhere to health guidelines and reach hospitals for treatment if they had any symptoms associated with Covid-19.

“Such people with symptoms are requested to use private transport,” he said

Epidemiology Chief, Dr. Sudath Samaraweera, warned the Brandix COVID-19 cluster is the most difficult cluster ever that Sri Lanka could experience. This is due to people who are connected to the cluster having travelled to other areas of the country. Health authorities are still struggling to ascertain the original source of the cluster.

Health authorities and the Government Medical Officers’ Association (GMOA) expressed concerns that this could be worse than the Kandakadu cluster.

Highlighting the urgency of the situation, Dr. Samaraweera said measures would have to be taken to prevent the cluster identified in Minuwangoda from transmitting to other parts of the country. In addition to the numbers that were emerging positive in Minuwangoda and Divulapitiya, patients were also reported from Jaffna, Moneragala and Kurunegala.

Trying to contain the spread of the virus, the government imposed a curfew in two suburbs where the majority of patients live, closed schools and universities, and imposed restrictions on public transport.

For more than two months, Sri Lanka health officials have been saying that they have prevented a community spread of the virus and that the patients being reported belonged to two known clusters.

The country has reported 3,471 patients with 13 deaths. Of the total patients, 3,259 have recovered.

India's health ministry on Friday reported another record spike in new coronavirus cases – more than 9800 in the past 24 hours. .... >>

Citrus Waskaduwa to be used as a Quarantine Center...

The Board of Directors of Citrus Waskaduwa (Waskaduwa Beach Resort PLC) took into account the current crisis faced by the Nation and the wor .... >>

Australia could keep borders closed at least the end of...