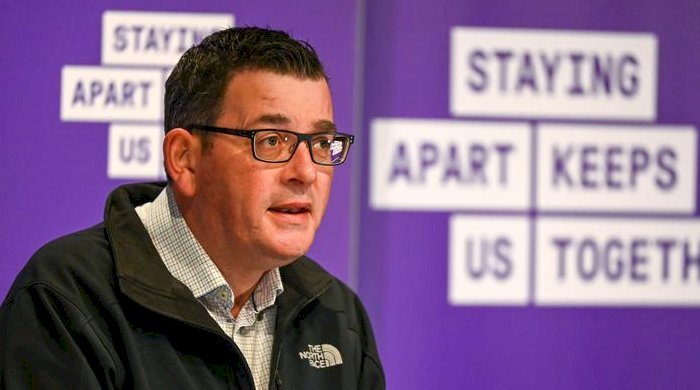 Victorian Premier Daniel Andrews has announced a further easing of COVID-19 restrictions for Melbourne today, after cases have remained consistently low for the past few weeks.

Daniel Andrews held a much-anticipated press conference to unveil the “slight” eased restrictions under Step 2, including changes to public outdoor gatherings, personal training and the reopening of childcare centres.

Premier Daniel Andrews has outlined some of the changes that will be introduced from 11.59pm tonight,  includes changes to the curfew, schools and public gatherings.

The nighttime curfew will be lifted from 5am tomorrow but Mr Andrews warned a new $5000 fine would be introduced to catch out rule-breakers.

Gatherings inside a home will not be permitted and anyone caught breaking the rules now faces a $5,000.  That fine also applies for anyone gathering in large groups outside.

"If you are having a party at your house, that is unlawful. If calls are made to the police assistance line, and there has been many of them, many of them over these months, or if police are out on routine patrol and there are an inordinate amount of cars parked outside your home, there may well be a knock at the door and the penalty, they will be no warnings, no $652 fine, it is almost $5,000.” He said

Mandatory mask wearing for Victorians will remain in place, with restrictions around the type of covering that can be worn to be tightened.

People will have to wear a fitted face mask that covers the nose and mouth when outside their homes. Face shields, bandannas and scarves will no longer be acceptable, with anyone seen wearing these risking a fine. Victorians will have a two-week adjustment period for this rule.

Outdoor weddings will be allowed, with a maximum of five people, including the couple and two witnesses. Five people, plus a faith leader, can now gather outside for faith-based activity and ceremonies.

Following are the changes to Covid Rules in Victoria:

Andrews also flagged the next step in easing restrictions will be on October 19.

With the new public health order starting on 1 July, the NSW Government has further eased restrictions to allow the comm .... >>

The COVID-19 cluster from Minuwangoda factory cluster surged to 832 after another 124 employees of the factory tested positive for COVID-19 .... >>

Victorian Premier Daniel Andrews has announced 723 more cases and 13 deaths from coronavirus in the past 24 hours, both daily records since .... >>

More persons have tested positive for COVID-19 raising the total number of confirmed cases in Sri Lanka to 588 as at Monday evening. A to .... >>

The Prime Minister has revealed the details of a new roadmap to reopening Australia post-coronavirus, in his highly-anticipated press confer .... >>

Sri Lankan Song released to coincide with the 50th anniversary...

Victorian Premier released the roadmap out of lockdown...