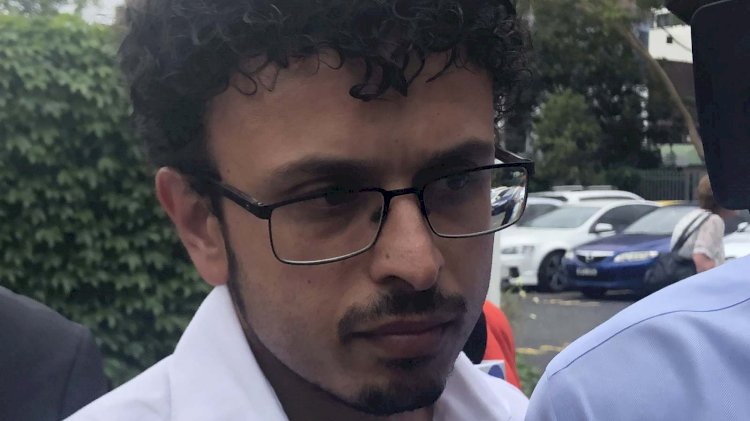 The brother of Australian cricketer Usman Khawaja has described himself as a “coward” as he apologised for fabricating a fake terror plot to sabotage a romantic rival.

Usman Khawaja on Friday described his eldest brother Arsalan as beloved by everyone including his national teammates and his parent’s favourite son as the 40-year-old gets set to learn his fate in the coming months.

Khawaja is awaiting sentencing having pleaded guilty to four charges including perverting the course of justice.

Khawaja openly wept in the NSW District Court on Friday as he detailed how he made several false complaints about two men during 2017 and 2018 in order to get the attention of two women.

Khawaja is facing a maximum of 10 years jail.

He gave evidence at his sentence hearing in Sydney’s Downing Centre on Friday, telling the court that he did not want the two men deported or arrested.

Mohamed Kamer Nizamdeen was locked up in solitary confinement in a high-security prison for four weeks on the flimsiest of evidence. Later Australian federal police dropped all charges against Nizamdeen and he has now returned home to Sri Lanka.

In the false entries were various reference to ISIS, jihad and carrying out terrorist acts.

“Get bomb and weapon training in Sri Lanka,” read one entry.

“Keep recruiting for ISIS and Jamal,” said another.

They also alluded to attacking Australian politicians and landmarks such as the Sydney Opera House.

Arsalan Khawaja told the court on Friday that he fabricated the notes and lied in a police interview despite describing Mr Nizamdeen as a friend and a “top bloke”.

He also denied that it was his intention for Mr Nizamdeen to be arrested and charged with terrorism offences.

He said he wanted for Mr Nizamdeen to be preoccupied with the accusations so he could get closer to Shakeela Shahid, a young woman who also worked at the University of NSW campus.

Under cross examination he said he thought he would be investigated by campus police and maybe receive a few phone calls.

“I didn’t want him arrested, that was not my goal,” Arsalan told the court.

“Kamer was a good friend of mine.”

Mr Nizamdeen was arrested by counter-terrorism police and spent four weeks in jail before being granted bail, before his charges were dropped in October 2018.

Through a stream of tears, Arsalan apologised for lying to police and for hurting his victims, describing himself as a “coward”.

“I lacked the courage to come forward, I didn’t want him arrested,” Arsalan told the court.

Appearing via audiovisual link from interstate, Usman Khawaja gave evidence that his brother was a “model citizen” until he suffered a deterioration in his mental state several years ago which led to him making several false accusations to authorities.

He said growing up that he was his parent’s favourite child, had studied IT and obtained a master’s degree and worked at IBM where he was given a national defence clearance.

“Mr brother was beloved by everyone,” Usman said of Arsalan.

“My friends loved him. My teammates loved him. Whether it was state teammates or Australian teammates, They all knew him on a first-name basis, they all used to ask me how he was going.

“He genuinely cared about people and how they were going.”

Father dying from brain cancer told to choose which child to visit him in hospital...

Police have charged an organised group of seven men and women accused of pickpocketing people catching public transport and in shopping prec .... >>

A Costco outlet at Marsden Park of Sydney has warned shoppers that a customer with COVID-19 was at the wholesale store on Sunday July 19. .... >>

Premier Daniel Andrews said 671 new coronavirus cases had been detected since yesterday and seven more people had died. Six of the deaths ha .... >>

Global coronavirus cases have officially reached more than 10 million people, with half of them in the United States and Europe. Accordin .... >>

Ten Victorian suburbs will be back in lockdown from midnight on Wednesday and international flights coming into Melbourne will be diverted t .... >>